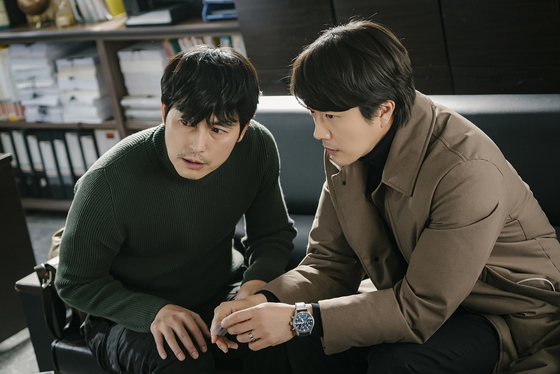 
Broadcaster SBS released a photo of Jung Woo-sung, left, during the filming of drama "Delayed Justice" along with Kwon Sang-woo on Tuesday. Jung has joined the drama recently to replace Bae Seong-woo, who stepped down following an investigation into his alleged drunk driving in November.