Science-fiction blockbuster 'Space Sweepers' to premiere on Netflix on Feb. 5

Science-fiction blockbuster 'Space Sweepers' to premiere on Netflix on Feb. 5 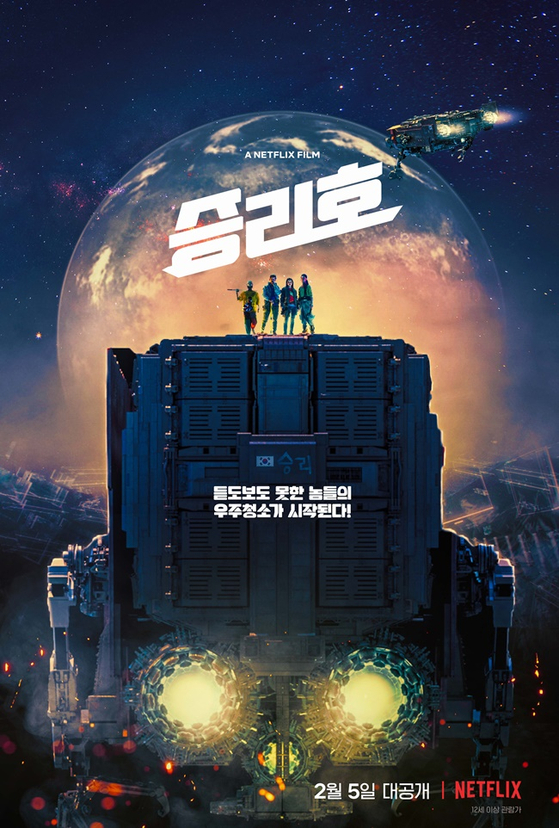 The date has been finally set for the premiere of Korea’s much anticipated science-fiction blockbuster “Space Sweepers” on Netflix: Feb. 5.

In the face of the unpredictable coronavirus, the distributor decided not to premiere the film on the big screen and instead release it through Netflix, a platform which streams in 190 countries. The film was originally scheduled to hit local theaters last summer.

With the announcement of the date, Netflix released a poster and several trailers of the film. Thanks to the star-studded cast, including heartthrob Song Joong-ki and actor Kim Tae-ri, this big budget film is one of the most anticipated Korean films in recent years.

The film is set in the far future of 2092, when due to rapid desertification, plants no longer grow on Earth, turning the planet into an inhospitable place for humans to live. The classes are largely divided into two — the top 5 percent of the entire race which lives up in space, breathing fresh air through plants they have grown in their own world, and the remaining poor, who struggle to survive on the deserted Earth. 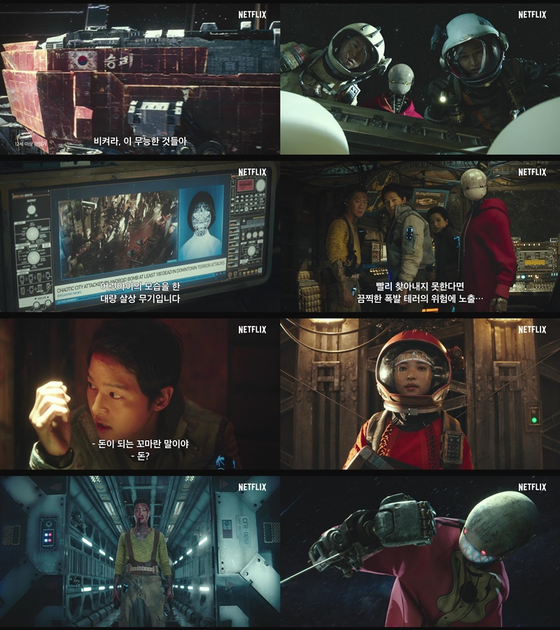 
The protagonists, the sweepers, scavenge space looking for worthwhile junk to sell and come across a humanoid robot called Dorothy, which was once classified as a weapon of mass destruction.

The film also marks the reunion of director Cho Sung-hee and Song after their hit fantasy romance film “A Werewolf Boy” in 2012.

The space sweepers consist of Song, the pilot, Kim as Captain Jang, Jin Seon-kyu as Tiger Park the space mechanic and Yoo Hae-jin as Updongi, a fashionable robot who fishes out the debris from space.