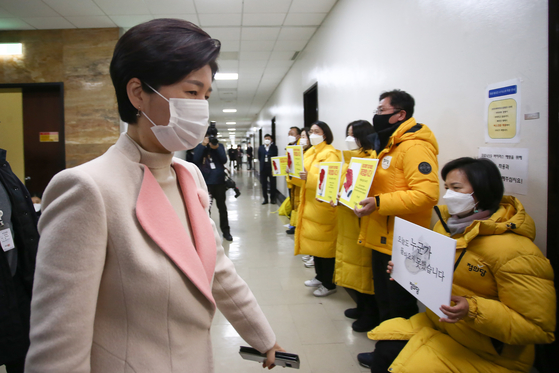 
The Severe Accident Corporate Punishment Act has made it through committee and is headed to the main floor of the National Assembly for a vote Friday.

If passed, executives and companies will be more accountable for workplace injuries or death if safety measures are not sufficient.

The law will go into effect one year after passing, and companies with fewer than 50 employees will get a two-year grace period. Originally, the grace period was three years.

On Thursday, the bill passed the Legislation and Judiciary Committee, which is the final hurdle before being put to a vote on the National Assembly’s main floor on Friday.

“This law will be enacted one year after it is promulgated,” said Baek Hye-ryun, the Democratic Party lawmaker who currently heads the Legislation and Judiciary Committee, on Thursday. “Except, those with 50 or fewer employees will have an additional two years grace period.”

The Democratic Party’s Baek stressed that while companies with fewer than 50 employees will not face penalties, the larger client companies may be held accountable for the accidents.

Larger clients "will be penalized if they have actually been involved in the business,” Baek said.

Other changes made to the final version that will be put to vote include minimum one-year jail time for CEOs or leading management and a fine of not more than 1 billion won ($917,000). Companies could also face fines of up to 5 billion won.

Under the earlier version, the CEOs could face prison time of up to two years.

The two parties also reached an agreement in which the measures will not apply to small businesses with five or fewer employees.

The Justice Party, which has strongly advocated strengthening the penalties, protested the changes.

The party argued that excluding businesses with fewer than five employees exempts 80 percent and tarnishes the purpose of the law. 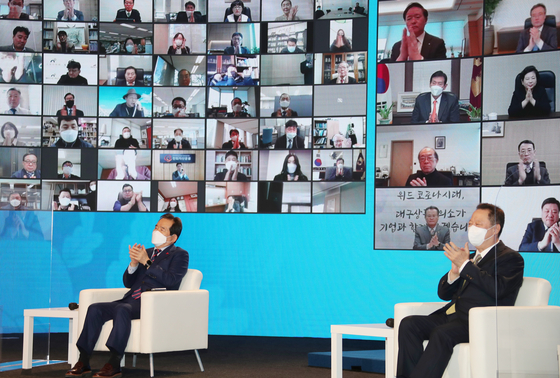 
The head of a top lobby group also expressed frustration over the bill during a New Year’s event, in which top government officials including Prime Minister Chung Sye-kyun attended, on Thursday.

Korea Chamber of Commerce and Industry’s Chairman Park Yong-maan stressed that politics and economic issue should be treated differently.

“It is worrying that amid the rapid changes of global industries, we may fall behind to a level we could not handle,” Park said. “While the National Assembly has its own various reasons, we request [lawmakers] make efforts in legislation that could raise our industry’s metabolism.”

The legislation was drafted after Kim Yong-gyun, a 24-year-old employed by a subcontractor to Korea Western Power, was found dead after being sucked into a conveyor belt of a power plant in Taean, South Chungcheong, while working alone with insufficient safety measures in place in late 2018.

His death raised national awareness of hazards at workplaces and the lack of protection for workers, especially contract workers not on the regular payroll, like Kim.