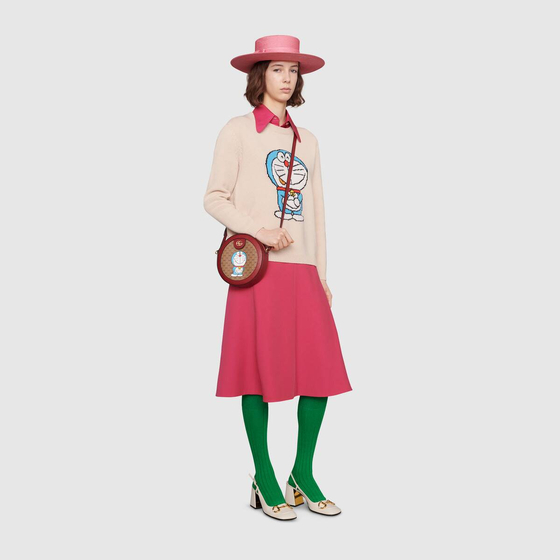 Trend setters continue mining the past in the hope that what's old will attract young customers, with one major brand enlisting the help of a beloved earless robot cat to move high-end goods.

Italian luxury brand Gucci on Jan. 2 released products based on Doraemon, the aforementioned cat. The 22nd century feline (born Sept. 3, 2112) was first drawn by Japanese artist Fujiko Fujio in 1969, and since then, he has appeared in manga and on a wide range of merchandise, from T-shirts to thermoses. 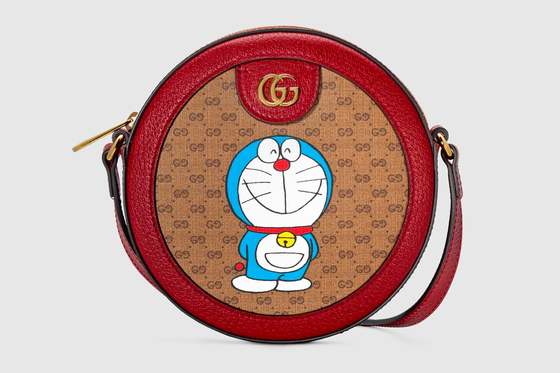 Gucci’s Doraemon-inspired luxury bag that was launched early this month. It costs $1,290. [GUCCI]


The Gucci collection includes Doraemon-printed clothes, shoes and bags. The products are available on the Gucci website.

It was not the first time Gucci has co-opted an unsuspecting cartoon character — it teamed up with Disney’s Donald Duck in December. The line includes tote bags, shoes and phone cases.

Disney is a particular favorite for the high-end brands.

In December, New York-based Coach collaborated with Mickey Mouse and artist Keith Haring. The bags and clothes were designed with the Mickey Mouse drawings by the artist. 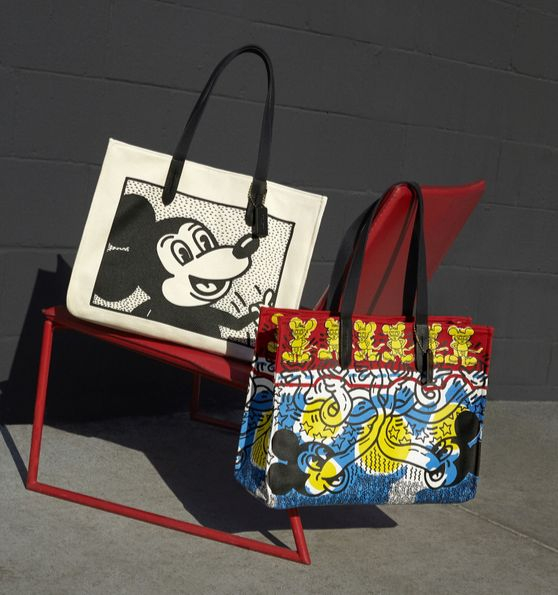 
To be sure, this is nothing new for the glam brands. Their marketing departments have rolled out plenty of sweatshirts and T-shirts with cartoon characters. But what they are doing now is a step up, with the images being slapped on expensive accessories and costly items of clothing.

Young people have money, the thinking goes, so let's hit them with a heavy dose of nostalgia as they are suffering from the corona blues.

“Luxury brands, which had only been concentrating on building brand images based on their long histories and professional craftsmanship for the past few decades, are now trying to deliver more cheerful messages by using beloved cartoon characters that are familiar to customers,” said Lee Hyang-eun, a professor who teaches service and design engineering at Sungshin Women’s University. They are aiming to attract the young with images that are happy.

Spanish luxury fashion brand Loewe on Jan. 5 introduced a Totoro-inspired collection. Totoro, the main character of Japanese animated fantasy film “My Neighbor Totoro” released in 1988 by Studio Ghibli, explores the beauty of nature, imagination and childhood. Totoro is a pear-shaped, owl-like creature with a cult-like following. 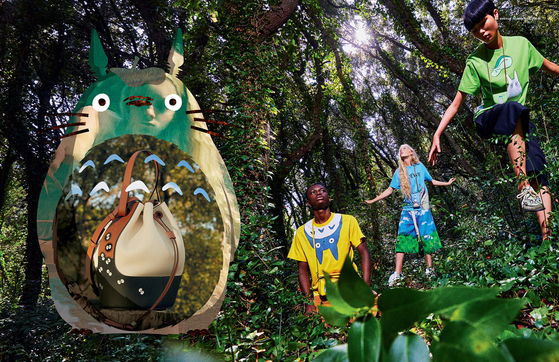 Spanish luxury fashion brand Loewe on Jan. 5 released a collection in a collaboration with Totoro, the main character of Japanese animated fantasy film “My neighbor Totoro” released in 1988 by Studio Ghibli. [LOEWE]


Totoro-themed T-shirts, hoodies, leather bags, jackets and accessories are included in the collection.

“There is a natural longing for heartwarming feelings right now,” Jonathan Anderson, a fashion director at Loewe, said in a statement. “When I think of a movie that affords me that kind of solace, speaking just as directly to a child as it does to an adult, that movie is ‘My Neighbor Totoro.’”

“The message is that of a dreamlike serenity and lively creativity, which makes us one with nature and with our inner child. I think this is very important not only in this period, but also in the future.” 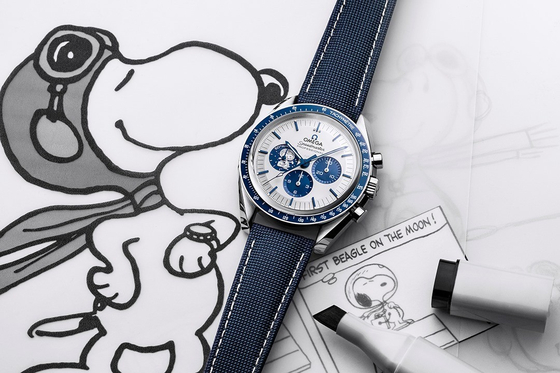 
"Peanuts" by Charles Schulz, a comic featuring Charlie Brown, Snoopy and a gang of young friends, ran for 50 years from 1950 to 2000. Snoopy was chosen as the mascot of NASA in the 1960s, to act as a safety watchdog during space missions. "Peanuts" was once listed in the Guinness Book of World Records as the most published comic strip in the world.

In 1970, Omega received a “Silver Snoopy Award” from astronauts at NASA, recognizing the brand’s unique contributions to space exploration as well as the Speedmaster’s vital importance during the Apollo 13 mission, according to the watch company.

The snoopy-themed watch, which is priced over 10 million won ($9,200), was released to celebrate the 50th anniversary of the event.