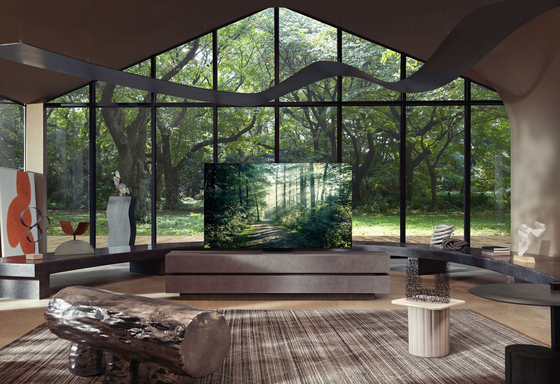 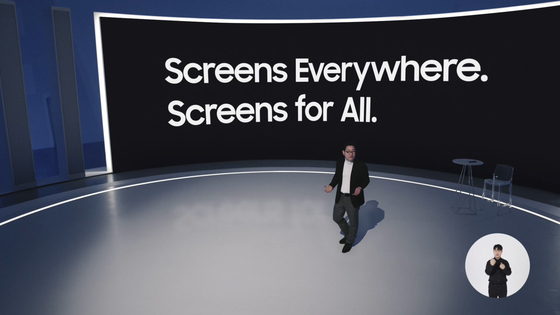 Han Jong-hee, head of the visual display business at Samsung Electronics, delivers a speech at the First Look event on Wednesday. [SAMSUNG ELECTRONICS]

The use of tiny LEDs for backlighting, known as Mini LED, is designed to improve contrast and coloring.


“Samsung designed the Quantum Mini LED to be one-fortieth the height of a conventional LED,” Samsung said in a statement. “Instead of using a lens to disperse light and a package to fix the LED in place, the Quantum Mini LED has incredibly thin micro layers filled with many more LED,” it said.

Given that LG said that its QNED TVs will be half the price of OLED TVs, Samsung will likely pursue a comparable price range.

To carve out its own niche, Samsung packed in some interesting features designed to help people working and exercising at home.

The Smart Trainer features give viewers real time feedback on their workout if the user installs an optional camera accessory.

In targeting cinephile and more premium consumers, Samsung is also bringing out a wider range of Micro LED TVs.

Micro LED TVs are completely different to other LCD panel-based TVs as they do not require a backlight.

Instead of an enhanced LCD system, Micro LEDs use an array of micro-sized LEDs to form the individual pixel elements. This helps the display deliver better contrast, response times and energy efficiency.

Following an early announcement of a 110-inch Micro LED model last month, a 99-inch product will also be available in Korea in April.

Smaller versions — in the 70 to 80-inch range — will come later this year in Korea.

It will take more time for Samsung to bring them to other markets, Samsung said, but the 110-inch and 99-inch models will be available outside of Korea by the end of this year.