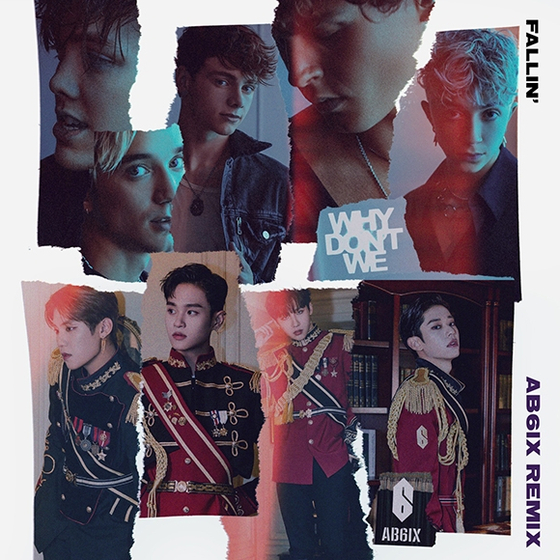 K-pop boy band AB6IX and American boy band Why Don't We have collaborated together to release a new song on Thursday. [BRAND NEW MUSIC]


Boy bands from Korea and America, AB6IX and Why Don’t We, have collaborated on a song that will be released today, AB6IX’s agency Brand New Music said Thursday.


A remix version of “Fallin’ (Adrenaline)” is to be released worldwide at 6 p.m. on Thursday through American label Atlantic Records.

The original version by Why Don’t We has been globally streamed over 80 million times and debuted at No. 37 on the Billboard Hot 100 last October.

AB6IX also collaborated with American rapper Lizzo to release a remix version of her single “Truth Hurts” in 2019.

The group’s new repackaged album “Salute: A New Hope” is to be released on Jan. 18.