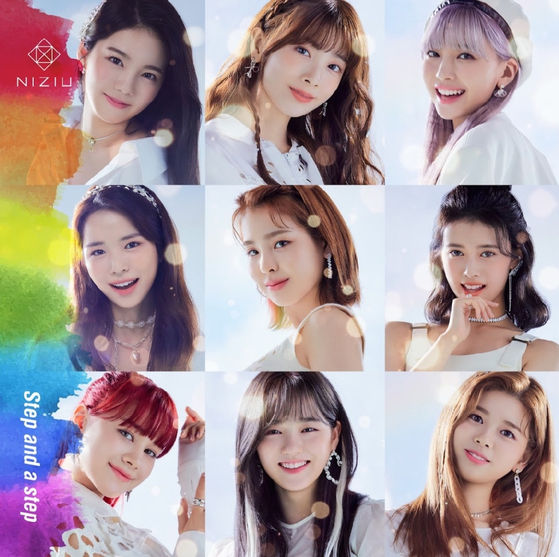 According to the agency on Thursday, the single topped the most recent singles chart compiled between Dec. 28 and Jan. 3, just four weeks after it first topped the chart when the song was first released on Dec. 2.

The girl group stormed the Japanese music industry, surpassing 100 million streams with its pre-debut single “Make You Happy.” The group's single “Step and a Step,” which is part of its debut album of the same title, has sold over 392,000 copies.

NiziU JYP Step and a step No. 1 Oricon singles chart