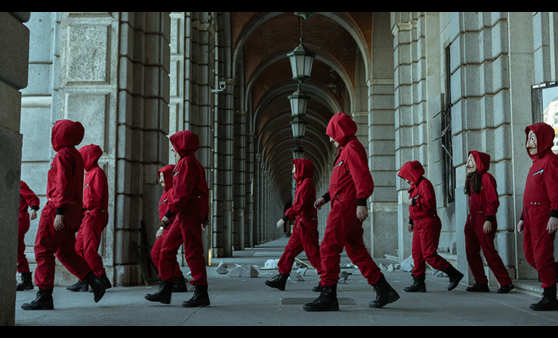 A scene from famed Netflix series ″La Casa de Papel,″ or ″Money Heist,″ which Netflix will be making into Korean original content. [NETFLIX]


Have you enjoyed “Kingdom” (2019), “The School Nurse Files” (2020) or “Sweet Home” (2020)? Well, you have plenty more to look forward to in the coming days, as Netflix announced that it has rented two content studios in Gyeonggi for several years, to establish a long-term infrastructure for producing its original content in Korean on Thursday.

The announcement comes four months after Netflix officially founded a Korean corporate body in September. The two studios are YCDSMC Studio 139 in Yeoncheon, which takes up 9,000 square meters (96,875 square feet) and has six stages, and Samsung Studio in Paju with 7,000 square meters and three stages. Netflix will begin operating the two venues in March.

Netflix will be producing a series of new original content in Korean, starting with a Korean version of “La Casa de Papel,” or “Money Heist,” which the company announced last month. A popular Spanish Netflix original series, “La Casa de Papel” by Alex Pina is a daring criminal drama that revolves around a professor who leads two heists against the Royal Mint of Spain and the Bank of Spain. Its unique visuals and bold story captured the hearts of viewers around the world, winning the series four seasons so far.

The Korean version will be made into 12 episodes, directed by Kim Hong-sun who helmed the popular OCN drama series “The Guest” (2018) and “Voice” (2017), with the help of scriptwriter Ryu Yong-jae, famed for his work on the tvN series “Psychopath Diary” (2019). 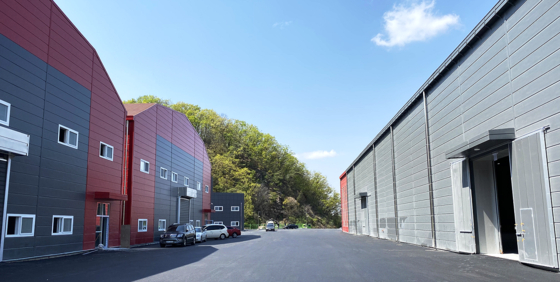 A picture of one of the studios that Netflix rented, the Samsung Studio in Paju, Gyeonggi. [SAMSUNG STUDIO]

A picture of one of the studios that Netflix rented, the YCDSMC Studio 139 in Yeoncheon, Gyeonggi. [YCDSMC STUDIO 139]


Since 2015, Netflix has invested around 770 billion won ($708 million) into creating Korean original content. Netflix described the long-term studio lease as “The embodiment of our will to continue our investment as well as our partnership with the Korean creative ecosystem.”

Korean Netflix originals, especially fantasy genres, have proven popular among the global audience, pioneering a path toward a new generation of Hallyu (Korean wave) content through the digital platform. Continuing the popularity of historical zombie flick “Kingdom,” the latest drama series “Sweet Home” ranked in the top 10 of daily content in over 70 regions around the world, including Korea, the United States, Canada and France.

The lineup of new originals for the year is also star-studded. While “What Happened to Mr. Cha?” kicked off 2021 with a bucket full of laughter on Jan. 1, and sci-fi blockbuster “Space Sweepers” featuring actor Song Joong-ki and Kim Tae-ri is set to premiere on Feb. 5. Others waiting in line are: A bonus episode of the popular “Kingdom” series the "Kingdom: Ashin of the North,” sci-fi thriller “The Silent Sea,” second seasons of the romantic comedy “Love Alarm,” drama “Move to Heaven,” horror series “Hellbound” by auteur Yeon Sang-ho of the famed zombie flick “Train to Busan” (2016).

“Netflix is thrilled to deepen its investment in Korea, as well as Korean films and series,” said Netflix Vice President for the Studio Operations, Amy Reinhard. “With these new studios, Netflix is better positioned than ever to increase our production of great stories from Korea while also providing a wealth of production-related jobs for talented professionals in Korea’s creative community.”