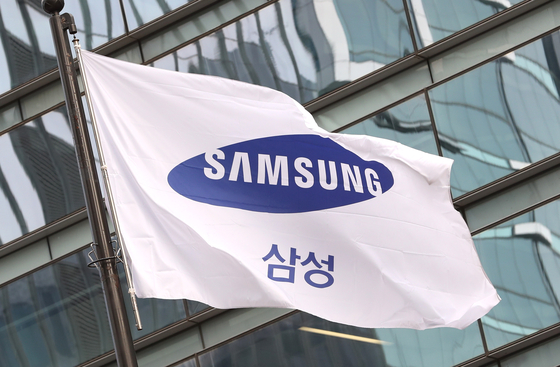 Despite the Covid-19 pandemic's impact on the economy, Samsung Electronics enjoyed a strong year in 2020.

According to Samsung Electronics’ guidance report released Friday, the company estimated its operating profit at 9 trillion won ($8.3 billion) in the fourth quarter of 2020. That’s a 25.7 percent increase compared to the same period a year ago.

The company’s revenue in the last three months of last year is estimated at 61 trillion won, a 1.87 percent increase.

But compared to the previous quarter, when the company enjoyed an earnings surprise, the numbers actually fell.

This, however, was largely considered the result of cheaper computer prices and the absence of a new smartphone.

“[Fourth quarter] performance slightly fell below the market consensus,” said Kim Yang-jae, a KTB Investment and Securities analyst, while also raising the impact of the recent appreciation of the Korean won against the U.S. greenback.

The analyst also noted that the company performed stronger in the third quarter largely because of the huge order placed by China’s Huawei before U.S.-led sanctions were initiated.

Overall, Samsung saw a strong performance throughout the year.

The company reported an estimated 36 trillion won in operating profit for the entire year. That’s nearly a 30 percent year-on-year increase.

The solid performance is believed to be due to strong demand for semiconductors.

Although Samsung has yet to announce the details on its earnings report, the market estimates half of the profit that the company made came from the semiconductor businesses, which largely benefited from the Covid-19 pandemic.

With many countries locking down to mitigate the spread of the infectious disease, demand for computer chips rose as people were forced to work from home and companies such as Google and Amazon expanded their servers.

According to a recent report by the Ministry of Trade, Industry and Energy and the Korea Semiconductor Industry Association, Korea’s semiconductor exports grew 5.6 percent year-on-year to reach $99.2 billion in 2020.

That’s the biggest figure since 2018, when Korea shipped a record $126.7 billion in computer chips.

Samsung Electronics is projected to excel this year, especially with growing possibility of a super cycle driven by increasing demand for computer chips due to expansion of 5G connectivity as well as releases of new smartphones.

Samsung Electronics alone is expected to release its new Galaxy smartphone lineup later this month, which could contribute immediately to the company’s earnings performance in the first quarter.

The shares of Samsung Electronics hit a fresh high to close at 88,800 won on Friday, up 7.12 percent.

The upbeat result is led by solid demand for home appliances and televisions.

The electronics maker posted 3.2 trillion won in operating profit in 2020, up 31 percent from the previous year, according to a preliminary report announced on Friday.

Its annual sales reached an all-time high of 63.3 trillion won, up 1.5 percent.

The robust growth is helped by the successful result in the final quarter. LG saw its operating profit jump a whopping 535.6 percent to 647 billion won in the fourth quarter compared to the same period last year. Its sales also advanced 16.9 percent to 18.9 trillion won.