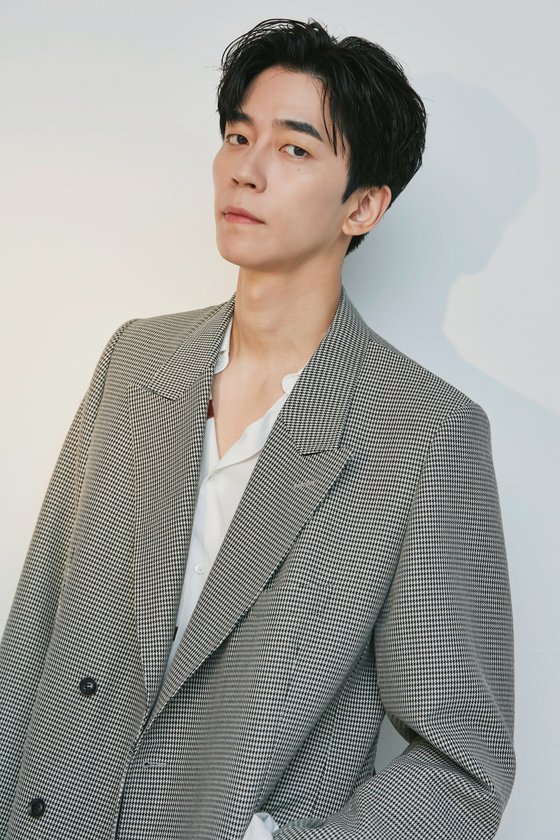 
As he approaches his 20th year in the acting business, Shin Sung-rok says recently ended MBC drama "Kairos" has given him a role to remember.

In the drama, the actor who debuted in 2003, played Kim Seo-jin, who is focused on a "successful" life working at a construction company. Kim has to get everything done by himself and trusts numbers more than humans. He disconnects himself from any inefficient relationship he has to pursue ultimate success in his career and life.

The thriller drama connects past and present with a phone call. After losing his daughter and wife, Kim gets a call from a woman named Han Ae-ri, played by actor Lee Se-young. Kim is connected to Han who lives in a world that's one month behind Kim's present. The story unravels as they communicate for one minute every day.

Shin says the role of Kim was one of the most complex he's taken on since his debut.

"It was just too sad to say goodbye to the drama and the staff who I worked together with for about six months, as I achieved so much personally through this drama," said Shin, during an interview with Ilgan Sports, an affiliate of the Korea JoongAng Daily.


Q. Was there anything that was particularly memorable about the filming process?

A. Actor Lee Se-young was the lead character in the drama, but I didn't get to meet her until the halfway through filming, as in the plot we only talk on the phone. I had to express my emotions over the phone and also deliver all the heart-wrenching scenes. This is the first time I had to [act] over the phone, so that was quite an experience.


How was it to work with Lee again after six years?

When I first met her six years ago, she was in the process of transitioning from a child actor to an adult one. She must have been scared at some level to find her way. But this time, she looked so professional in leading the tone of the drama, making herself the right fit to play the lead role. I thought I had to learn from her.


Which actor was the most different from the first impression you had of them?

Actor Kang Seung-yoon. [Kang is also a member of idol group Winner.] I got to know him through an audition program before. While working together, I got to know that he also has a great passion for acting and motivation. When I saw the look he had when acting didn't go as well as he thought, I thought he was as passionate for acting as I am, and that surprised me. He usually is a very cheerful person, so we stayed close, but when it comes to acting, he turns so professional.


How was working with the director?

Director Park Seung-woo was the reason why the drama was so highly valued, I think. Park's unique imagination always caught me off guard. He also gave very straightforward direction that doesn't give any room for confusion.


What memorable comments did you receive from the audience?

I got calls and messages from many people I had worked with before. They said they [discovered a new side of me.] That really pleased me. In fact, actors can't always do the roles they want to do, and choose the work they want to choose. And sometimes, even if they follow what they wanted to do, that doesn't mean that the choice was the "right" one for them. But this time, I really felt like [everything was right] thanks to those who contacted me. 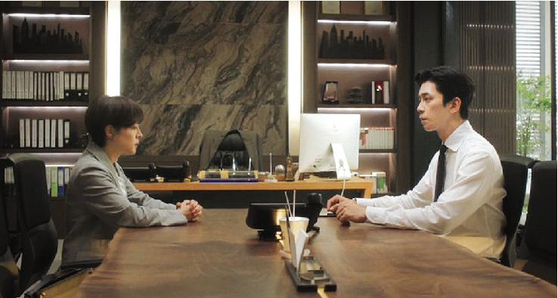 
What has the drama left with you?

As soon as I saw the script, I really felt like I needed to take on this role. I wanted to play such a character as I make a career out of acting. It was a chance for me to add layers to the character I play. I had to take on different situations the character was in, his past and future and more. It is quite rare to meet such a character in real life, so I think this is going to be remembered as one of my major works. So far this is the most touching drama for me personally.


How do you like featuring on entertainment show "Master in the House"?

I have learned a lot while being on that show. If I had not done the show, I never would have got a chance to take a close look at how others live. It was fun for me to enjoy different experiences, so I am very satisfied with my decision to take part in the entertainment show. I think the home audience also finds me entertaining on the show.


Isn't it challenging for you to do a drama and entertainment show at the same time?

I'm just thankful that I got an offer to work in more diverse genres. I think challenging myself to my limit gives me power. I have learned to enjoy working.