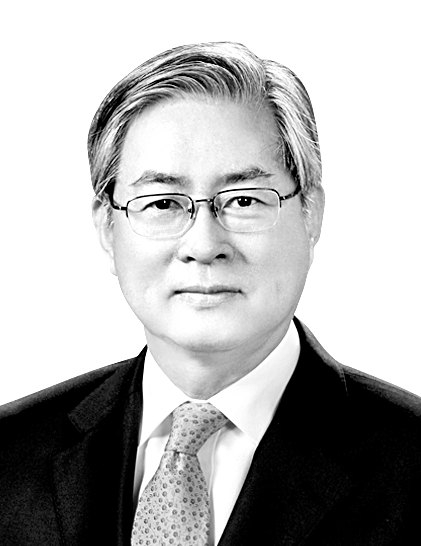 The author is a former guest professor at Korea University.


If a runner falls, he or she often may not be able to return to the previous speed. In economics, the phenomenon is referred to as hysteresis. The global economy may fall into hysteresis, or continuation in a recession or slowdown even after the Covid-19 pandemic shocks are removed.

In the past, the global economy bounced back steeply after a major shockwave like a pandemic and underwent a lengthy depression before returning to a new path of growth. The global purchasing managers’ index (PMI), which indicates the prevailing direction of activities in the manufacturing and service sectors, hit a record low in April last year and sharply rebounded from July to November. It has plateaued from November amid a global resurgence of the virus spread.

Since vaccination has started in the United States and Europe, the positive impact from vaccine-led mitigation is expected to be reflected in the global economy from the third quarter. The Organisation for Economic Cooperation and Development (OECD) projects the global economy will return to post-Covid-19 levels from the fourth quarter of this year.

The Institute for Health Metrics and Evaluation (IHME), an independent global health research center at the University of Washington, predicted the virus outbreak in Korea would peak on March 1 with daily infection cases 6.4 times larger than case numbers reported on Jan. 1. If its projection turns out to be correct, economic activities in Korea may remain constrained by the virus at least until the second quarter. 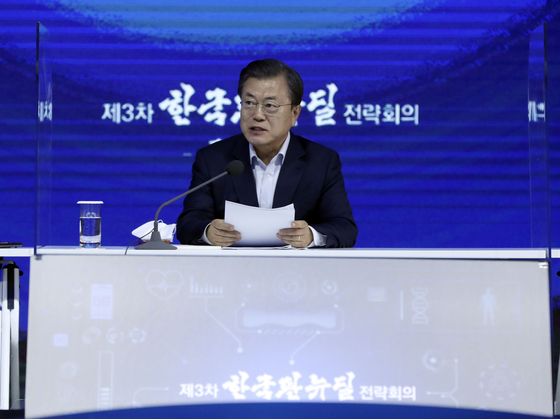 
Still, the Moon Jae-in administration estimates a growth rate of 3.2 percent for this year, higher than the Bank of Korea’s 3.0-percent outlook. If Korea returns right back to a growth pattern similar to 2.0 percent in 2019, it will avoid hysteresis, the government says. But can the economy come out unscathed from the repercussions of a pandemic-stricken recession?

That depends on the recovery of domestic consumption and investment. When the economy grew 2.0 percent in 2019, private consumption and corporate investment contributed a negative 0.6 percent to the growth in gross domestic product. The Covid-19 crisis dampened consumption, caused a sharp rise in private-sector debt and worsened corporate finance across the entire board.

Bank lending to households and private enterprises surged by 140 trillion won ($128.2 billion) as of November 2019. Consumer spending delayed by the pandemic won’t likely show a strong comeback as households will still be weighed down by their debt.

The country holds two major mayoral by-elections, in Seoul and Busan, in April and the presidential election in March 2022. Corporate investment also will be strained by the weakening policy drive and policy uncertainties of the liberal administration in 2021. As a result, the Korean economy won’t be able to run on 2019 levels this year amid a slowed recovery in demand at home and uncertain demand from overseas.

Money supply won’t likely increase at last year’s levels due to the base effect, but liquidity would still remain lush thanks to the government’s stimulus policies. And yet, uncertainties in the capital market will persist due to a delay in economic recovery.

Even after immunization starts as planned, the pandemic pall will continue throughout the year if collective immunity is delayed. Our economic sentiment will even worsen this year due to pandemic strains on consumer spending.

To stimulate the private sector, public policy must change. The government could be impatient to achieve growth through massive fiscal spending. But it should be more farsighted and make more efforts to drive the economy in the post-pandemic future.