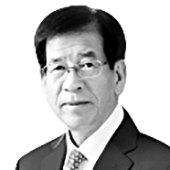 Jeon Yong-woo
The author is a senior adviser at Yoon & Yang LLC and president of the Korea Defense Industry Association’s CEO Forum.

Korea’s defense industry is pitiful when compared to the annual defense budget of 53 trillion won ($48 billion), the 10th largest in the world, and 17 trillion won reserved separately for improving defense capabilities. The industry scale, income levels and exports all lag by all measures. There is high expectations for Kang Eun-ho, who started as the Minister for the Defense Acquisition Program Administration (DAPA) in December, as he is not a politician but a veteran who has been in the field of defense and related businesses for a long time. I’d like to make a few suggestions so that the new minister can bring life into the stagnant industry.

First, the defense industry must export. The industry should help reinforce our military capabilities through timely weapons development, and it also must contribute to creating jobs through exports from now on. To do that, the government must strengthen the very foundations by connecting the defense industry to our advanced automobile and electronics manufacturing capacity in the civilian sector. By taking advantage of the government’s massive spending on importing weapons from foreign countries, it must be able to assign production of key parts at home so that it can presell those weapons when signing deals with foreign arms makers. Kang, the new minister, must hold marathon talks with every company in the value chain to seek effective ways to increase our exports. He must play the role of a CEO who commands exports of Korean defense products. 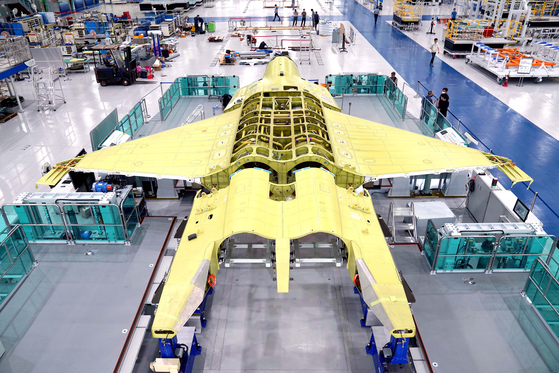 The Defense Acquisition Program Administration says a prototype of the KF-X fighter bomber has entered the final phase of assembly for public debut in 2021. [DAPA]


Second, there must be a radical shift in the weapons procurement system to pave the way for the civilian sector-led arms development. Instead of adhering to the current top-down system, in which the government sets the guidelines for weapons development by demanding so-called “required operational capabilities” (ROC), civilian companies should be allowed produce weapons that can sell in the global market. In the process, the government should support the civilian sector to develop sophisticated weapons. Moreover, the government must establish a system that allows innocent failures in civilian companies during the development process.

The United States and others are running their weapons procurement programs in such a manner. There is no reason why we cannot do the same.

Third, through localization programs on parts, many mid-sized companies should be able to grow with global competitiveness. A lack of expertise can hardly lead to free competition and build the economies of scale. The government must assign and groom many companies that can produce components for weapons that entirely rely on imports as cutting-edge technology is needed. Having such expertise is more imperative than competition at this stage. When parts are localized, Korea can save money in weaponry acquisition and promote exports.

Fourth, there must be a change in the system to lessen the state role and increase the private-sector role. Companies like Boeing and Airbus can independently run without government interference. If our defense companies can run autonomously, they would not need supervision from the Defense Agency for Technology and Quality. When procurement is made in longterm contracts, our companies would be able to raise productivity and minimize cost abuses.

Fifth, the operation rate of the defense industry must be raised to generate more jobs. Privatization of military depots could save government money and enhance the operational rate of defense-related companies. The government must continue to discover possible areas of privatization to increase business for civilian companies, expand weaponry upscaling projects, and seek international weapons development projects together with civilian companies.

I hope the new minister revamps the old ways in our defense procurement. Half of innovations come from a radical change in mindset.