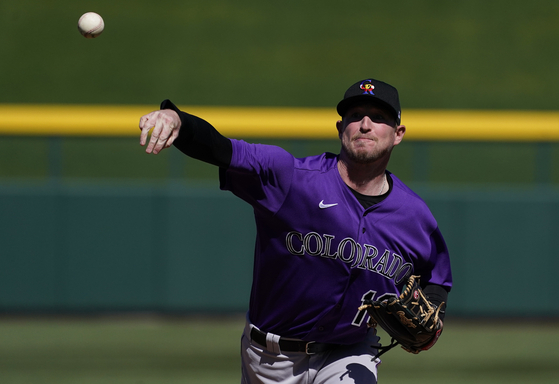 Standing at 1.96 meters (6.43 feet) tall, Parsons is a right-handed pitcher known for his ability to lead batters to hit grounders. Parsons tosses a fastball at an average speed of 152 kilometers per hour (94 miles per hour). Parsons can also throw a two-seam fastball, slider and changeup.

Parsons turned pro in 2013, signing with the Atlanta Braves as an undrafted free agent. After working his way through the minor leagues, he debuted in 2018 in the big leagues.

After a year with the Braves, Parsons joined the Colorado Rockies in August 2019. However, his career with the Rockies didn’t last very long as he was designated for assignment in November that year.

Throughout his major league career, Parsons has tossed a total of 39 and two-thirds innings, while picking up a win and three losses with a 5.67 ERA.

With the signing, the Dinos have completed their foreign player lineup for the 2021 season. Earlier, the Dinos successfully managed to re-sign fielder Aaron Altherr and right-handed pitcher Drew Rucinski.