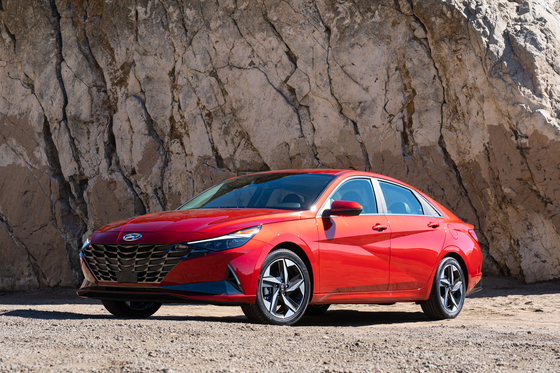 Hyundai Motor's Avante compact sedan, also known as Elantra, was named the winner of the 2021 North American Car of the Year. [HYUNDAI MOTOR]

The Avante was among three winners at the annual North American Car, Truck and Utility Vehicle of the Year (Nactoy), held online on Monday. Ford’s F-150 pickup truck and Mustang Mach-E SUV were the winners in the truck and utility vehicle sectors.

The Avante competed in the passenger car sector with two other finalists: The Genesis G80 and the Nissan Sentra.

“Elantra is a symbol of our blend of dynamic design, advanced technology and great fuel economy,” said Jose Munoz, global chief operating officer of Hyundai Motor. “Elentra customers are going to experience all of the hard work and dedication that went into making this class-leading car.”

The seventh-generation Avante was unveiled in Los Angeles last year instead of in Seoul as it is one of the best-selling model for Hyundai Motor in the North American market.

Last year, the model was the second most popular Hyundai car locally sold in North America, following the Tucson SUV. It was the most popular sedan.

This is the third time that Hyundai Motor has been named as one of the winners in Nactoy’s passenger car segment.

Hyundai Motor’s Genesis sedan first won the award in 2009, followed by the Avante in 2012. The Kona SUV won in the utility vehicle segment and Genesis G70 in the passenger car segment in 2019.

Kia Motors won in 2020 with its Kia Telluride SUV. 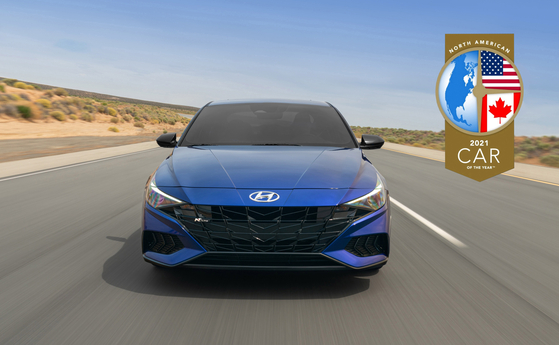 Hyundai Motor's Avante compact sedan, also known as Elantra, was named the winner of the 2021 North American Car of the Year. [HYUNDAI MOTOR]


The award was founded in 1994 with some 50 auto journalists from the United States and Canada evaluating new cars. It started with two sectors — passenger car and truck — before adding a utility vehicle sector in 2017.

This year, the evaluation started with 43 models before narrowing them down to 27 semifinalists. The three winners were chosen based upon their segment leadership, innovation, design, safety, handling, driver satisfaction and value for the dollar, according to Nactoy.