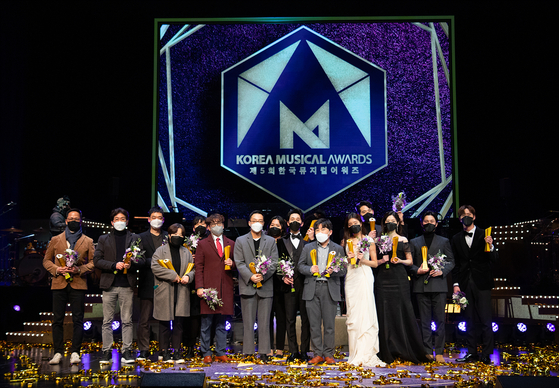 Award winners at this year’s 5th Korea Musical Awards, organized by the Korea Musical Theater Association, pose for a photo after the event on Monday evening at the Blue Square in Hannam-dong, central Seoul. The event was streamed live via Naver TV and V-Live. Korean original musical "Marie Curie" that touches upon the story of Marie Curie, the first female physicist and chemist to win the Nobel Prize in 1903, took home the Grand Prize. [KOREA MUSICAL THEATER ASSOCIATION]

Quartet Forestella to embark on nationwide tour from December