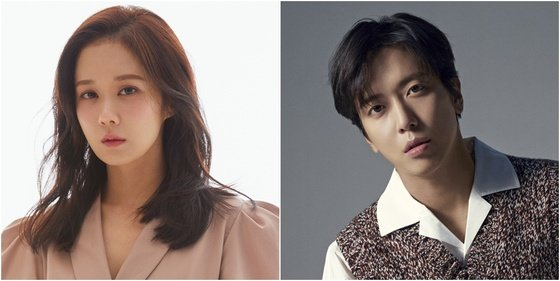 
Actor and singer Jang Na-ra and CNBlue member Jung Yong-hwa will be taking on the lead roles in a new KBS drama series “Daebak Realtor” (translated), the production team of the drama announced.

The drama, which is set to air some time in the first half of this year, revolves around real estate agents slash boogie busters who go around cleaning out ghosts and bad omens of properties that are priced low because they are haunted.

Jang plays Daebak Realtor’s owner named Hong Ji-ah, a charismatic woman who inherited a spiritual power to chase away spirits from her mother. Jung plays the role of a scammer who doesn’t believe in ghosts but still makes money by acting as if he’s a real ghost hunter.

The drama production team said “Daebak Realtor” will be a “new style of drama that deals with stories that are very close to our lives. It’s very comical at the same time and will help people get rid of their stress.”