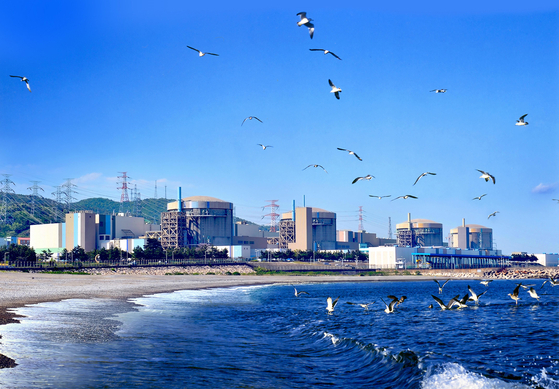 
The ruling and opposition parties are facing off over a media report about groundwater contamination by a radioactive material at the Wolsong nuclear plant, the country's second oldest.

The ruling Democratic Party (DP) said Tuesday that it will consider pushing a National Assembly probe into possible mismanagement of the Wolsong nuclear plant in Gyeongju, North Gyeongsang. The main opposition People Power Party (PPP) said the ruling party is trying to distract public attention from the prosecution's ongoing investigation into the administration’s suspected abuse of power to shut down the country’s second-oldest nuclear reactor.

The confrontation was prompted by an exclusive report by MBC on Sunday that groundwater near storage tanks of the Wolsong nuclear plant contained levels of tritium far higher than is safe. The radioactive material was discovered in groundwater near the storage tanks for spent fuel rods, the broadcaster reported, quoting a report written last year by the operator of the plant, Korea Hydro & Nuclear Power (KHNP). 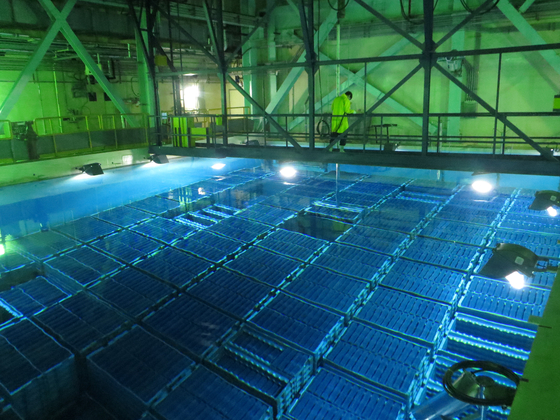 According to the KHNP report, groundwater near the storage tanks contained tritium, a mildly radioactive type of hydrogen that occurs both naturally and during the operation of a nuclear reactor. Water containing tritium and other radioactive substances is normally released from nuclear plants under controlled conditions to protect public health. The report said that the amounts found last year were as high as 13.2 times the safety standard.

KHNP has been monitoring radioactive substances in groundwater in 27 locations inside the plant. The tritium level started to go up in 2017, after earthquakes in Gyeongju in September 2016, MBC said. The nuclear plant is located about 28 kilometers (17.4 miles) from the epicenter of the quakes.

The Wolsong nuclear plant, completed in April 1983, is the second-oldest nuclear power generation facility in Korea. It once had six reactors in operation, but only five are currently active.

The Wolsong-1 reactor stopped operating in 2012 after its original 30-year lifespan ended. In 2015, the Park Geun-hye administration decided to spend 700 billion won ($637 million) to extend its life through November 2022. The reactor subsequently resumed operating. In June 2018, KHNP abruptly reversed the plan, prompting speculation by opposition politicians of a political decision to accommodate President Moon Jae-in's nuclear phaseout policy. The government permanently shut the reactor on Dec. 24, 2019.

Last year, the Board of Audit and Inspection (BAI) slammed the decision-making process, announcing in an audit that KHNP made the decision based on a faulty assessment that unfairly underestimated the economic advantage of keeping the plant going. Prosecutors are currently conducting a criminal investigation into suspected legal violations by government officials including a former energy minister and a former presidential secretary committed in the decision-making process.

The DP said Tuesday that a thorough investigation must take place into the groundwater contamination, although KHNP said the storage tanks are functioning properly and there is no grave safety or health risk.

“Although KHNP said no contamination was reported outside the plant and the level of tritium is not a health threat to nearby residents, tritium is still a radioactive substance that can cause genetic disorders,” Rep. Kim Tae-nyeon, floor leader of the DP, said during a party meeting on Tuesday. “KHNP must thoroughly investigate the situation, taking into account the potential risk.” 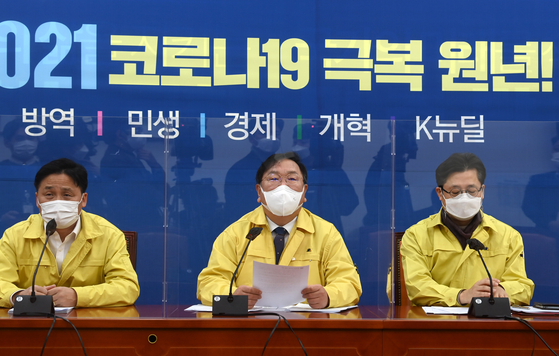 “We demand that the government conduct a comprehensive survey into radioactive contamination at the aged Wolsong plant and possible mismanagement of the facility,” he said. “Furthermore, we will seriously consider a plan to conduct a National Assembly investigation.”

On Monday, DP Chairman Lee Nak-yon said the report showed that the Moon government was ultimately right to shut the reactor early.

“The report showed that it was inevitable to shut it down earlier than scheduled because of its deteriorating condition,” Lee said. “Some politicians stirred a political controversy over the decision and demanded that this malfunctioning reactor operate for more time. It was a truly irresponsible political argument.”

Lee also demanded an investigation to see if there were any attempts to cover up tritium leaks in the past.

The opposition PPP said the DP was spreading "fake news" to distract the public from the prosecution’s investigation.

“The DP is exaggerating unscientific arguments to mislead public opinion,” PPP lawmakers on the Science, ICT, Broadcasting and Communications Committee said in a statement released at a press conference on Tuesday.

“Chairman Lee and other DP politicians are spreading fake news.”

Lawmakers of the People Power Party hold a press conference at the National Assembly on Tuesday to criticize the Democratic Party for prompting a groundless fear among the people about a radioactive leak at the Wolsong nuclear plant. [YONHAP]

They said the groundwater containing tritium was never leaked to areas outside the plant. “In fact, the Nuclear Safety and Security Commission and KHNP both confirmed that the contaminated groundwater is being managed properly.”

They also said the tritium level is far too low to be a health risk, quoting experts’ comments. “The DP must stop its dirty tricks to distract from the prosecution’s probe by prompting an unreasonable scare about tritium.”

One of the country’s nuclear energy experts also said the DP must stop its conspiracy theory.

“They are making a conspiracy theory out of natural things and stirring a controversy about health risks for the residents of Wolsong and Gyeongju,” said Prof. Jeong Yong-hoon of the department of nuclear and quantum engineering at the Korea Advanced Institute of Science and Technology in a Facebook message.

Jeong wrote that it is natural that tritium levels are high at the Wolsong nuclear plant and the areas nearby. He said tritium even exists in the human body.

“The annual radiation exposure by tritium for people living near the Wolsong plant is equal to the amount taken by eating six bananas or one gram of anchovies,” he wrote. “It is about one one-hundredth of a single chest X-ray examination. The amount is irrelevant to cancer. The controversy over a radioactive leak at Wolsong is an attempt to distract from the prosecution’s investigation.”