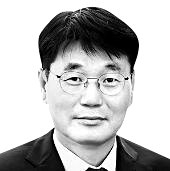 The author is a professor of real estate studies at Konkuk University.


The ruling Democratic Party (DP) has submitted a bill prohibiting commercial building owners from raising rents on tenants whose businesses are suspended or restricted to prevent the virus spread. The DP has moved fast after President Moon Jae-in raised the question of fairness of levying the same rents when businesses are forced to shut or suffer poor sales from the Covid-19 outbreak. The government has the duty to tend to the woes of small merchants and businesses, but transferring the burden onto the private sector can be controversial.

Commercial buildings in Korea are in oversupply. Despite fast changes in the commercial habitat due to a surge in online shopping and home deliveries, the quota of commercial sites in urban development projects remains unchanged. As a result, the share of commercial space in multi-functional buildings exceeds demand, and the liability and damage from oversupply has been transferred onto merchants and small businesses relying on leases for business.

The government has the duty to improve the system and provide better business environment for small businesses and merchants. It is imperative to draw up changes in commercial sites and supply guidelines based on changes of the times. 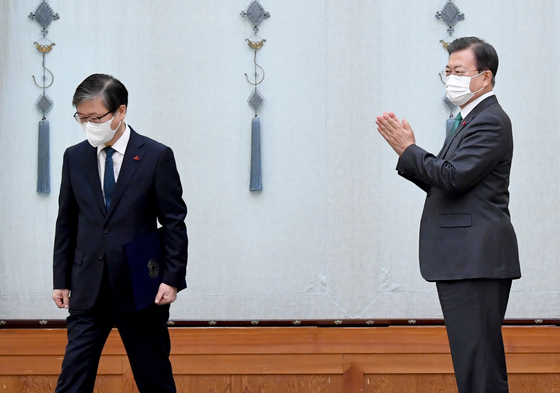 
Property owners won’t sit quietly if tenants are in trouble. They could offer various options — a cut in rents, write-off, assistance in renovation, or floating rate lease payments, to name a few. The private sector has been seeking solutions on its own.

Unlike commercial buildings in oversupply, the housing conundrum results from a lack of supply in neighborhoods where demand is high. Properties have come under heavy regulation through the government’s 24 sets of measures, and no one knows when the housing market will be stabilized.

The government’s housing policy erred because it was based on the concept that supply was not a problem. Supply was bound to fall after the government permissions for new housing peaked five years ago. Seoul had gone to the opposite direction, while New York and Tokyo expanded residential space to promote innovations in the metropolitan areas. The floor area ratio (FAR) was reduced, and inner Seoul development was strictly restricted. Newtown projects were cancelled and redevelopment of aged apartment complexes was banned over the last 20 years. All these measures resulted in dire shortages of supply.

Smart growth has been the trend in global urban space. The key has been to save time, travel and environmental cost from aggressive expansion to outer areas. As a result, more focus has been given to compressed — and highly dense — development of inner cities with good transportation infrastructure.

Today, single-person households make up nearly 39 percent of all households in Korea. Therefore, the demand to live in inner Seoul has noticeably increased in sharp contrast with the past.

But authorities have failed to identify such demand. Its supply measures were based on the past paradigm. The price for ignoring the new demand in a country now with per capita earning of $30,000 has been high.

The government is scurrying to find other options to make up for its regulatory policy failures. It envisions bringing in stable supply through an increase in public rents. The new minister in charge of housing affairs, Byun Chang-heum, has been mostly involved in public-sector housing development. He is proposing massive government-led urban development and public rents.

The question is whether the market will welcome the measures. Urban development and redevelopment should be left onto the private sector. The market can hardly prevail over regulations in the short term. But in the longer run, there cannot be stability without normalization in the private sector. Quality is not the only issue with public rentals. Unless housing prices stabilize, few would opt for public apartments.

The public sector alone cannot solve property market problems. It must assist the private market to operate well through a precise understanding of the trend of demand and supply.

There must be an end to the property market upheaval.