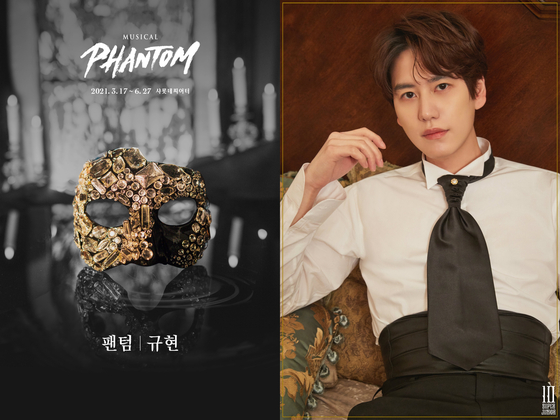 Kyuhyun of Super Junior has been cast as the Phantom in the upcoming Korean production of the ″Musical Phantom.″ [EMK MUSICAL]


Super Junior’s Kyuhyun, who is also active on the musical scene, has been cast as the Phantom in the upcoming Korean production of the “Musical Phantom,” EMK Musical announced Wednesday.

Kyuhyun will be alternating the role with three other actors, Park Eun-tae, Kai and Jeon Dong-seok. It’s Kyuhyun’s first attempt to play the Phantom, unlike the other three actors who have taken on the role in previous productions.

Kyuhyun’s musical debut was in 2010 as d'Artagnan in “The Three Musketeers.” Since then, he has performed in numerous shows including “Catch Me If You Can,” “Moon Embracing the Sun,” "Singin’ in the Rain,” "The Days,” “Robin Hood,” “The Man who Laughs,” “Werther” and “Mozart!”

The upcoming Korean production of “Musical Phantom” is making a return for the first time in three years since its premiere. It will kick off on March 17 at the Charlotte Theater in southern Seoul.