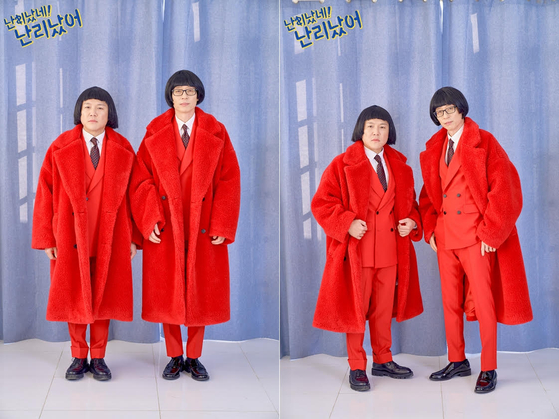 
Korea’s top comedians Yoo Jae-suk and Jo Se-ho are teaming up again for tvN’s new entertainment program “It’s Crazy” (translated). The new show is in fact a spinoff series from the cable channel’s popular “You Quiz On the Block,” which the two comedians already host.

According to tvN, the new program revisits the spontaneous relationships formed on the “You Quiz on the Block,” as the two hosts roamed around the streets across the country, inviting members of the public to sit down and engage in chit chat as well as answer some quiz questions.

“It’s Crazy” will catch up with some of the guests who were featured on the program.

TvN explained “It’s Crazy” will adopt a more conventional talk show format, as it’s difficult for Yoo and Jo to roam the streets amid the coronavirus pandemic.

The new program will begin airing on Jan. 28.