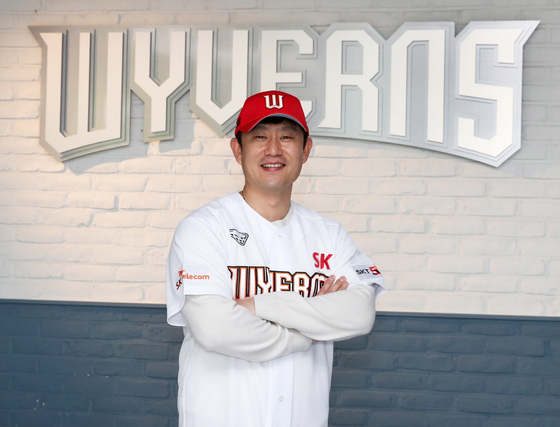 
The SK Wyverns announced Wednesday that they have acquired veteran pitcher Kim Sang-su in a sign-and-trade deal with the Kiwoom Heroes.

Kim became a free agent at the end of 2020 season and re-signed with his former club, the Heroes, on a two-plus-one-year deal for a total of 1.55 billion won ($1.4 million) including a 400-million-won signing bonus, 300 million won in annual salary and 150 million won in incentives with a club option for a third year at 100 million won.

The Heroes then traded Kim to the Wyverns for 300 million won and a draft pick in the 2022 draft.