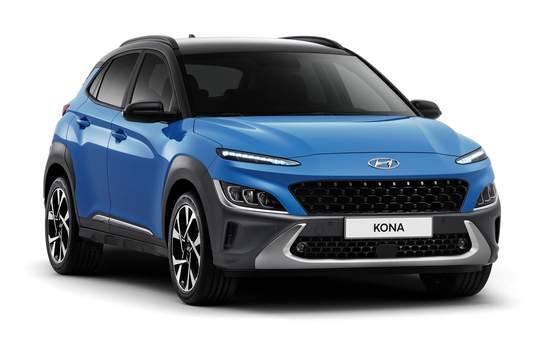 
Hyundai Motor is now selling a 2-liter gasoline engine version of its Kona SUV in Korea as the compact SUV's sales flag and the electric model is challenged by battery and brake problems.

Kona was introduced by the car maker in 2017, with an electric model being made available the following year.

In October 2020, the company recalled almost 25,000 Kona Electrics after some 14 of the vehicles caught fire. The batteries in the cars are manufactured by LG Chem, though the power management system could also have caused the fires.

Last month, Hyundai Motor recalled 32,000 units of Kona Electric due to problems with the braking system.

Kona sales have been plummeting despite a strong domestic market.

The automaker said that it is not suspending sales of the electric Kona in Korea, though it added that it is undecided on the roll out schedule for the electric version given the number of similar vehicles scheduled to hit the market.

A Reuters story in December citing YTN said Hyundai Motor was considering an end to Kona electric sales in Korea.