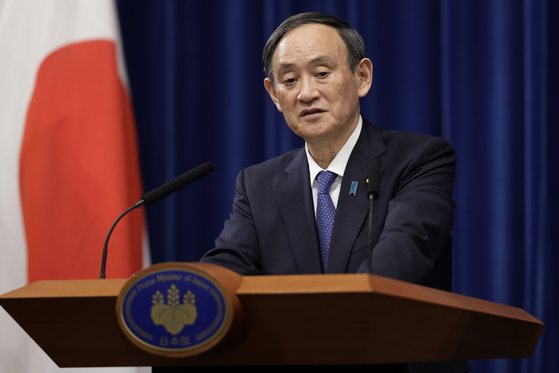 
Japan’s Prime Minister Yoshihide Suga Wednesday said he would seek dialogue with North Korean leader Kim Jong-un “without preconditions” by taking advantage of the Summer Olympics in Tokyo this year.

In a press conference at his residence, Suga stressed he does not want to “miss the opportunity” to have Pyongyang take part in the upcoming games scheduled for July, though he added the matter would be decided by the International Olympic Committee and event organizers.

The issue of Japanese people abducted by North Korea remained “the most important issue” for his cabinet, Suga said, noting it urgently needed to be addressed due to the advanced age of the alleged victims’ families.

Japan claims that North Korean agents kidnapped 17 of its citizens from 1977 to 1983, and it has since mounted a high-profile campaign to seek their repatriation. North Korea has made no formal acknowledgement of the abductions.

Suga’s pursuit of a diplomatic settlement to the matter follows efforts by his immediate predecessor Shinzo Abe, who sought a summit with Kim in 2019 after the North Korean leader held a flurry of meetings with South Korea and U.S. heads of state.

The Japanese prime minister said there were no changes to his commitment to “comprehensively solve” all outstanding questions with North Korea, including the abduction issue as well as Pyongyang’s nuclear program, in line with a joint declaration signed by the two countries in 2002.

To such ends, Suga said he would seek normalization of ties with North Korea to “wipe clean an unfortunate past.”

The joint declaration refers to a non-binding agreement signed by former North Korean leader Kim Jong-il and Japanese Prime Minister Junichiro Koizumi in Pyongyang in 2002. The declaration saw the return of five Japanese abductees and a brief halt to nuclear tests in exchange for Tokyo’s promise of economic assistance once relations had normalized.

But the agreement remains unfulfilled as Pyongyang returned to nuclear testing in the mid-2000s.

After becoming prime minister for a second time in 2012, Abe put the abductee issue at the top of his foreign policy agenda, and his hard-line stance toward the North boosted his domestic popularity each time Pyongyang undertook major weapons tests.

Only when Kim warmed up to South Korea and the United States in 2018 did Abe revert to diplomatic outreach to the North, but no response came from Pyongyang.

In turn, an irked Tokyo in 2019 singled out Pyongyang by not providing its Olympics committee with digital identification needed to register its athletes for the 2020 Olympics in Tokyo.

After succeeding Abe last year, Suga on multiple occasions raised the idea of diplomatic engagement with Kim, in November noting the Olympics would be a “good opportunity” to hold talks.

The idea appeared to echo suggestions made by U.S. and South Korean officials who were looking at the precedent of the 2018 Winter Olympics in Pyeongchang, Gangwon, which served as a catalyst for improved ties between the two Koreas.

But chances of Pyongyang talking to Tokyo amid its stalemate with the Americans look exceedingly slim, though the regime could calibrate its diplomatic responses based on how the incoming Joe Biden administration approaches the country.