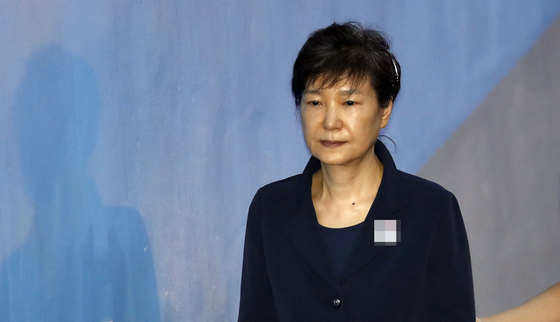 The nation’s top court upheld a Seoul High Court ruling in July 2019 and two sentences: a 15-year prison term and an 18 billion won ($16.35 million) fine for abuse of power, and a five-year prison term for taking money from the National Intelligence Service (NIS). It also ordered her to repay 3.5 billion won to the state.

The final ruling rendered Thursday concluded Park’s three years and nine months of trials on those charges. In a separate but related trial, she received a two-year prison sentence for illegally influencing the ruling Saenuri Party’s candidate nomination process for 2016 general elections. She has already completed serving that sentence.

Park, 69, who took office in February 2013, was impeached by the National Assembly in December 2016 and removed from office in March 2017. She was taken into custody shortly after her removal from the presidency and has remained in prison ever since.
Without pardon or parole, she will complete her sentence in 2039, when she is 87-year-old.