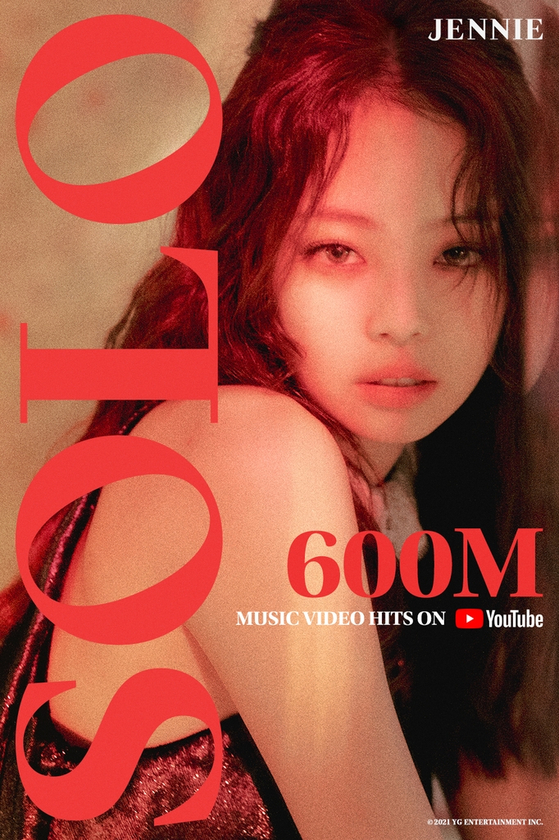 
Jennie of Blackpink is seeing even more success as a soloist after the music video for her debut track “Solo” surpassed 600 million views on YouTube on Friday.

According to her agency YG Entertainment, the video achieved the feat at 5:20 a.m. today.

The record was reached 26 months after its release in November 2018, and she has become the first Korean solo female artist to mark the achievement.

“Solo” is a hip-hop track about how a woman who doesn’t wallow in her sadness over a break-up and embraces her independence.

The song, at the time of the release, stormed local music charts and also ranked No. 1 on iTunes' top song charts in 40 regions.

Jennie was the first solo female artist from Korea to reach No. 1 on the worldwide iTunes song chart and make it to the top 10 of iTunes' top songs in the United States.

Jennie was also the first of the Blackpink members to release solo music. Rose and Lisa are looking to follow in her footsteps and are reportedly preparing to shoot music videos for each of their solo debuts.

Specific information on the release dates and song titles are yet to be announced.