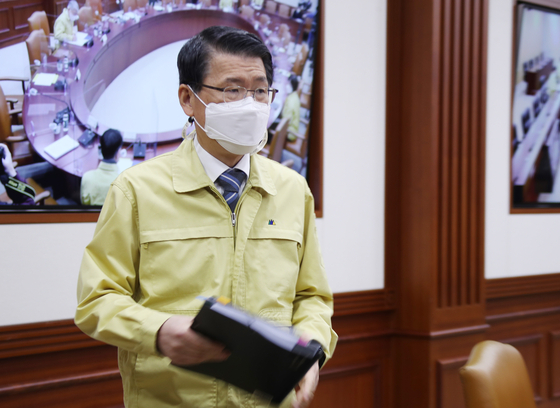 
Short selling is returning to the stock market, but retail investors are riled up and the ruling Democratic Party (DP) is taking their side.

Short selling has been banned since last March 16 after the stock market plunged because of the coronavirus pandemic.

The Financial Services Commission (FSC) said that it plans to resume short selling as scheduled, on this coming March 16, in a document submitted to the state affairs committee of the National Assembly in November.

Small punters are against the move, claiming that short selling should be banned to level the playing field between them and foreign and institutional investors.

While it is a way of effectively eliminating bubbles in overheated markets, it is a game loaded on the side of big investors. Retail investors with less access to financial information can incur huge losses with the practice.

Among countries that banned short selling last year to stabilize stock markets during the Covid-19 pandemic, Korea and Indonesia are about the only countries that have not yet lifted their bans.


The amount of short selling allowed is reflected in assessments by global credit rating firms of a country's stock market. Financial authorities say banning short selling for a long time could hurt the reputation of the local stock market.

Capital markets need short selling, according to many. It helps stock prices come to a reasonable level. Investors can test companies to see how they handle dips in their stock price. Some analysts say short selling can gradually eliminate bubbles in the stock market, which prevents big bubbles from forming — and popping.

"It is not right to ban short selling when a stock market is overheated over concerns of panic buying rather than panic selling," said Rep. Yoon Chang-hyun of the opposition People Power Party, who previously served as chief of the Korea Institute of Finance.

Retail investors are accused of having short-selling phobia, largely because they think it leads to stock price declines.

Some investors worry that retail investors, the major force behind recent gains in the Kospi, will be scared away with the resumption of short selling, hurting growth of the local stock market overall.

"I believe short selling should resume once the wide gap between the asset market and the real economy is narrowed," said Sung Tae-yoon, an economics professor at Yonsei University. "If the ban on short selling is lifted when the stock market is still unstable, a hard landing could shatter the market."

"Previously, short selling was banned following the global financial meltdown in 2008 and Europe's sovereign debt crisis in 2011, and there was no stock price plunge after the ban was lifted," Hwang said.

The ruling party, however, is arguing the ban on short selling should be extended, contradicting itself by opposing a bill they helped pass.

When the FSC sent notices to reporters that short selling is scheduled to resume on March 16 , Rep. Park Yong-jin of the DP said, "Financial authorities are neglecting their responsibilities by resuming short selling without fixing unfair practices and insufficient legal guidelines."

A major solution to ending any controversy over short selling could be coming up with an improved short-selling system that wins the trust of investors.

Retail investors have traumatic memories of short selling from past disasters. Investors used inside information on Celltrion in 2012 and Hanmi Pharm in 2016 to benefit illegally from short selling. In 2018, Goldman Sachs International was fined for so-called naked short selling, which is when investors sell short without even borrowing the stock in the first place, which is illegal in Korea.

The FSC has been trying to improve the short-selling system by imposing tougher punishments for illegal maneuvers and encouraging more retail investors to get involved. From April, those engaging in illegal short selling face more than a year in prison and fines of up to five times the illegally earned profit under a revised Financial Investment Services and Capital Markets Act.

"The punishment has been strengthened, but there isn't a system to block illegal acts in the first place," Rep. Park said. "It is not right to resume traffic when the traffic lights are broken."

"Illegal short selling was hard to spot and even after being spotted, penalties were very weak," said Ahn Dong-hyun, an economics professor at Seoul National University. "[Financial authorities] need to win back retail investors' trust with tougher punishments such as punishing securities companies that conducted illegal short selling."

According to FSC data, 49 companies have been caught illegally short selling over the last 10 years, including 42 foreign companies and seven domestic. They paid 9.4 billion won ($8.5 million) in fines.

A risky extension of the ban