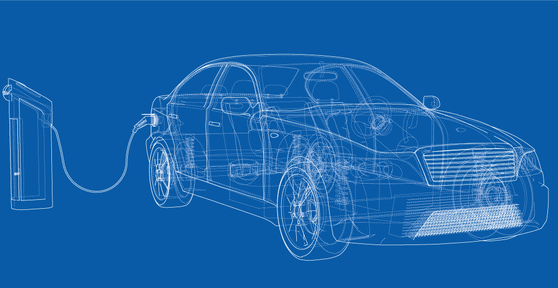 Q. Why are we expecting 2021 to be a big year for electric vehicles (EVs)?

A. Although EVs have been around for nearly a decade now, they were never considered a serious alternative to internal combustion engine cars as the early technology and infrastructure was often inconvenient for customers. Even with subsidies offered by the government and manufacturers, people weren’t convinced by the design, functionality or charging time of EVs.


But things will change this year. The grace period is now over and EVs are ready to enter the mainstream, according to numerous experts, analysts and researchers. The enthusiasm is clearly visible in the share prices of EV-related companies. Telsa, for example, has become the world’s most valuable automaker by holding a market capitalization of more than $800 billion, compared to Volkswagen Group, at $101 billion, despite it selling the most cars.


A. Global sales of EVs — fully-electric models, hybrids and plug-in hybrids — have shown steady growth over the years.

According to the Global Business Research Center, sales of EVs globally stood at 3.2 million units in 2017, growing to 4 million, 4.53 million and 4.55 million units over the following years. In 2021, the figure is expected to grow to 6.25 million.

The report also suggests that 2021 will see the biggest growth rate in the last five years, projected at 37.5 percent growth. This is a reasonably conservative estimate, with Morgan Stanley projecting growth over 50 percent this year, with the internal combustion engine market growing by just 2 to 5 percent.

Analysts at Morgan Stanley also predict that the penetration rate of EVs will rise to 31 percent by 2030.


A. Korea has been slow but is showing steady growth for sure. According to the Transport Ministry, registration of EVs surpassed 3 percent for the first time last year as of October, out of all registered vehicles. The figure had stood at 1.5 percent in 2017.

Q. How is the industry responding?


A. The boom is so big that not only carmakers, but also internet technology and electronics companies are jumping on the bandwagon.

Apple was recently reported to be searching for a partner to build the so-called Apple car, an electric self-driving car it apparently plans to make by 2024 at the earliest. Hyundai Motor is rumored to be linked to the deal.

LG Electronics will build a $1 billion joint venture with Canada-based auto parts supplier Magna to manufacture EV parts. LG Electronics has never been involved in the auto industry, having specialized in smartphones, televisions and home appliances.

General Motors, which has more than a century's history of manufacturing internal combustion engine vehicles, recently changed its logo to emphasize the brand’s shift toward EVs. It also pledged to invest $27 billion in its electric and self-driving car businesses, which includes a plan to release 30 EVs by 2025.


Q. Are we expecting any big new models this year?


A. Globally, there are more than a dozen new EVs expected to hit the streets this year, widening consumers’ options from sedans to SUVs, high performance cars and even pick-up trucks. Cars at every price point, from value-for-money options to more luxurious ones, will be made available as all-electric EVs too.

A completely new lineup includes Nissan’s first all-electric SUV Ariya, Volkwagen’s ID.4 SUV, BMW’s iX SUV and Hyundai Motor’s Ioniq 5, among others. All of these models are or will be produced on each carmaker's EV-dedicated platform. Tesla will also launch the Model S Plaid, which could be seen as a high-performance version of the popular Model S sedan.

Electric variants of existing models are just as exciting. Mercedes-Benz’s EQS luxury sedan and EQA compact SUV are expected this year. Pick-up trucks are on the way as well — GMC’s gigantic and iconic Hummer will have its first electric version later this year.


Q. How are these EVs different from ones that launched before?


A. Until now, most EVs have been manufactured on platforms designed for internal combustion engines, which means the vehicle had to then be redesigned to fit a battery and an electric motor. Squeezing in these elements in the wrong place did not bring out the best results, leading to a limit in range and performance, not to mention cost.

With the modular platform, carmakers can reduce costs and manufacturing time while having more leeway in design and functionality. It means the range will get longer with quicker charging time, while the performance gets better. It is expected to be safer as well, with a specially designed space for the battery, potentially negating possible fire risks.


Q. When will EVs become mainstream?


A. It is hard to specify exactly when EVs will become the king of the road, pushing aside the long-reigning internal combustion engines.

One thing that is for sure is that pricing will factor in immensely in purchase decisions for customers. With government subsidies on EV purchases gradually shrinking, the premium cost of EVs will have to disappear to increase general appeal. If they become cheaper than diesel or petrol cars, that’s even better.

But pricing doesn't just depend on the production cost of the car. The whole value chain of an EV will have to get more cost effective, which is part of the reason that reusing EV batteries in other industries has become a coveted business at the moment.