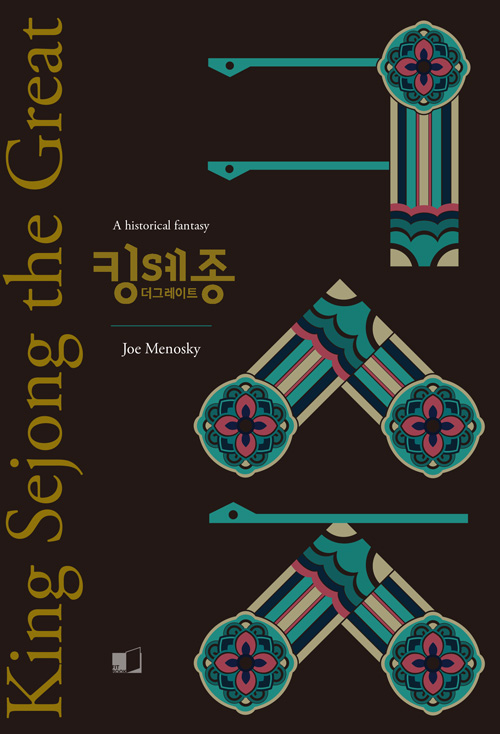 The cover of the English edition of Joe Menosky's "King Sejong the Great." [FIT BOOK]

Among the 27 kings who reigned during Korea’s Joseon Dynasty (1392-1910), King Sejong is one of the most respected figures. His statue is erected in the heart of Seoul; he's featured on the 10,000-won ($9.10) bill; there’s a memorial hall to commemorate all his achievements; and scholastic and cultural works on him continue to be created.

For Koreans, he was not just the king who left a litany of legacies ranging from hangul, the Korean alphabet, to angbuilgu, the Korean public sundial, but rather, the king who was driven by his love for his people, especially the commoners.

That is why when Joe Menosky, the star writer behind the popular “Star Trek” television series, released his first novel “King Sejong the Great” late last year, Koreans scrambled to bookstores, curious to find out how their great king had been portrayed in historical fiction for the first time by a foreigner.

Menosky’s feelings toward King Sejong are in fact not that different from Koreans.

As a follower of Korean film and television for 20 years, Menosky said he attempted to learn the Korean language and hangul five years ago when he visited Seoul for the first time.

He said he was not only “struck by the elegance and functionality of the writing system itself and the incredible tale of its creation by a genius king" but also "could not believe that this story was not universally known.”

Indeed, the invention of hangul has been praised across the globe despite being the youngest writing system in the world, not only for its linguistic brilliance but also because it was created by a king to allow his people to read and write regardless of class.

“If a European ruler had invented an alphabet for his or her people, everybody in the world would have heard about it,” Menosky wrote in the book’s prologue.

“That story would have been told and retold in novels, movies, and television series worldwide... Sejong’s creation became something of a compulsion for me, and my estimation of the king something like hero worship. I wanted to retell the story of his alphabet myself, in English, for anybody who had not heard it, which pretty much meant anybody outside of Korea.”

Since King Sejong’s accomplishments have been portrayed in different genres in Korean fiction, ranging from historical dramas to romantic comedies, Menosky decided to retell the story of hangul as an “international thriller.” 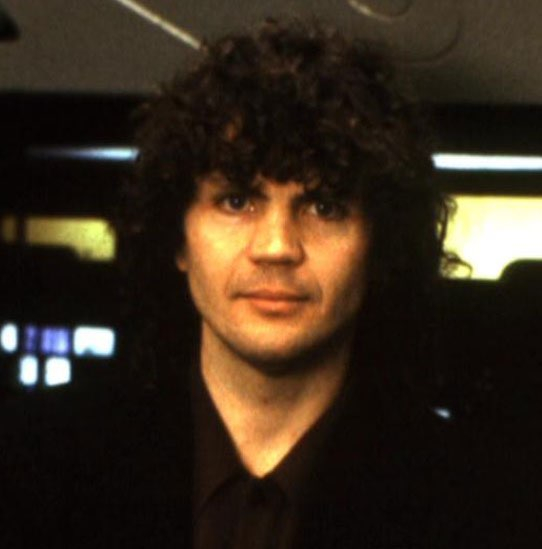 Joe Menosky, a writer who has worked on four TV series of the sci-fi franchise "Star Trek." [SARAM ENTERTAINMENT]


“I wanted to treat the King’s invention of hangul in a way I had not seen before: not as the outcome of a group effort, where Sejong is akin to the manager of a ‘think-tank,’ but as the product primarily of one mind,” he said. “I wanted to portray Sejong as an artist  — and the alphabet as his obsession.”

“King Sejong the Great,” which has been released in both Korean and English, is about 50-percent fiction. Though he has created “several new characters and combined two or more historical figures into one individual, moved some events around and at times altered or collapsed the timeline,” the writer says he’s read all the scholarly works he could find in English as well as watched every television drama series and film on the history of hangul and King Sejong to correctly portray Korean culture as best he could.

Perhaps because he originally wrote the story as a script for a television drama series before turning it into a book, Menosky seems to be very well-aware of Korean traditional culture and the ambience of King Sejong’s time.

To talk more about his first novel, the Korea JoongAng Daily recently had an e-mail interview with Menosky.

Q. What made you so interested in King Sejong?


A. I was amazed that there was this historical figure who seemed to be a combination of Abraham Lincoln and Leonardo da Vinci, and that he had created the alphabet for the language I was trying to learn at the time.
The more I learned about him, the more I was taken by his story: not just his inventive genius, he seemed to be genuinely benevolent and there’s a sense of irony and personality in his public statements. I ended up staying a couple of hundred meters from the huge statue of King Sejong in Gwanghwamun and the royal palace and the small plaque near Tongin Market which commemorates the actual spot where he was born. So I was surrounded by his memory while I wrote the story.

Why a fantasy genre for the book?

I’ve written science fiction primarily, and sci-fi and fantasy, historical and action thrillers are my favorite genres to watch. So I just wrote what I would have wanted to see: a 15th-century “international” action thriller about the creation of the Korean alphabet.

Are there any other Korean historical figures you are interested in at the moment?

I’m mostly now continuing into fantasy: working on a story based on Korean mythological figures but set in modern day Seoul.

How did you carry out historical research to write the book?


I read all the scholarly work that I could find about King Sejong and hangul that was written in English or translated into English. There were two main positions: the first that King Sejong was a kind of charismatic manager and the alphabet was developed as a group project under his guidance. The second idea basically gives full credit for the invention to the King. That was the approach I took to the story. It’s possible to view hangul as an invention but also as a work of art. So I included that direction in terms of trying to depict the King’s own internal creative process.

Your book has become immensely popular among Koreans who are saying it’s a must-read book for every Korean. How do you feel about this?


I was very surprised. It was more than I could hope for since I am an outsider retelling a story that every Korean knows.

Unless you are a fan of Korean culture and its history, I don’t think it’s easy to pick up a book on King Sejong for foreigners. How is the English version of it doing?

The English version is doing much better than I expected, as it is really only easily available now in Korea. I’m guessing the readers are probably Koreans who are curious about the English version or English-speaking visitors.

How familiar do you think King Sejong is to Western readers?


I can only speak to my experience growing up and being educated in the United States. But I don’t think anybody in the United States would be exposed to King Sejong unless they are of Korean ancestry or majored in linguistics, Asian history or Korean language at university. It’s not general knowledge.

I heard that you hope to turn this story into a film. Will it happen in the near future?


Well, I originally wrote the story as a four-hour mini-series for television that's intended for a non-Korean, international audience. My Korean management company, Saram Entertainment, put me in touch with the publisher who asked me to do a novelization of the scripts. So the screenplays already exist. In that regard, it’s hopefully still viable.

For the film version, if it does happen, have you thought about which actor would be great to take on the role of King Sejong? Do you have a pick?


I genuinely don’t have a preference. As you know, multiple actors have portrayed King Sejong, sometimes more than once. All of them are great. Someone who has not yet taken on the role would be good, too.