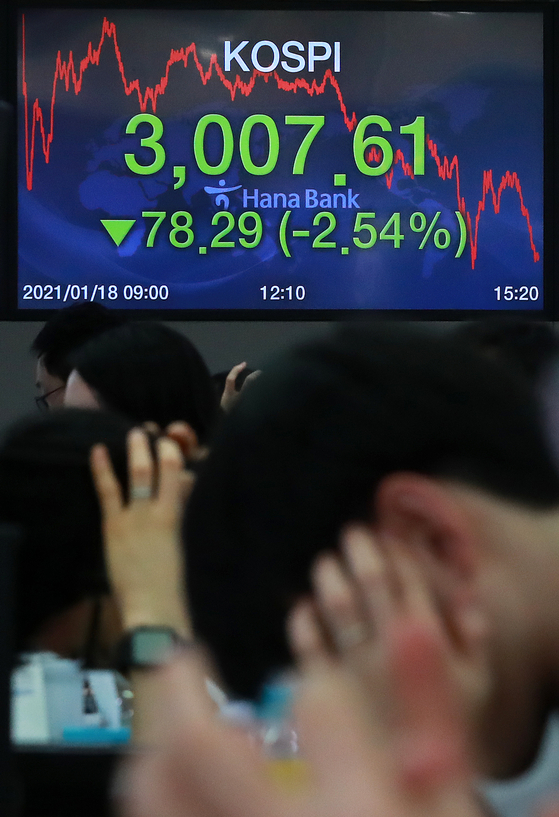 The final figure for the Kospi is displayed on a screen in a dealing room in Hana Bank in Jung District, central Seoul, on Monday. [NEWS 1]


Korean stocks tumbled more than 2 percent Monday amid strong profit-taking sell-offs and a plunge in Samsung affiliates. The won fell against the dollar.

The key index lost ground, as in addition to foreigners' selling spree, while institutions joined the sell-off, offsetting individuals' buying.

A Seoul court on Monday sentenced Lee to two and a half years in prison in a retrial of a bribery case involving former President Park Geun-hye and ordered him to return to prison, casting a cloud over the country's top conglomerate.

The local currency closed at 1,103.9 won against the dollar, up 4.5 won from the previous session's close.

Bond prices, which move inversely to yields, closed higher. The yield on three-year bonds lost 0.6 basis points to 0.968 percent, and the return on the 10-year bond fell 3.8 basis points to 1.08 percent.