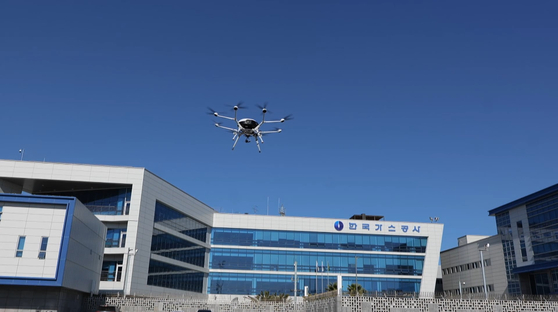 As gas supply chains on Jeju have been expanded, resulting in the increase in costs of pipeline management, there has been growing demand to improve the current process of pipeline monitoring. In response, Kogas initiated the test operation of hydrogen drones, which were designed to patrol approximately a 45 kilometer (28 mile) long gas pipeline buried in Jeju Island.

With the hydrogen drones, Kogas plans to construct an effective safety monitoring system through private-public collaboration. Hydrogen drones can conduct safety checks without any time constraints, unlike human employees. Kogas has been taking the lead in the hydrogen business recently, generating new opportunities for the on-site safety management sector.

In order to ensure a stable gas supply, Kogas has made effective changes in field operation at a liquefied natural gas (LNG) terminal by introducing information and communication technology. A smart mobile system, for instance, is used to improve the task management environment between the field and the office, maximizing efficiency.

“Kogas is planning to boost its efficiency through service innovation using advanced technology,” an official from Kogas said. “In line with government policies such as the Green New Deal and Digital New Deal, we will push forward to promote innovation-driven business.”