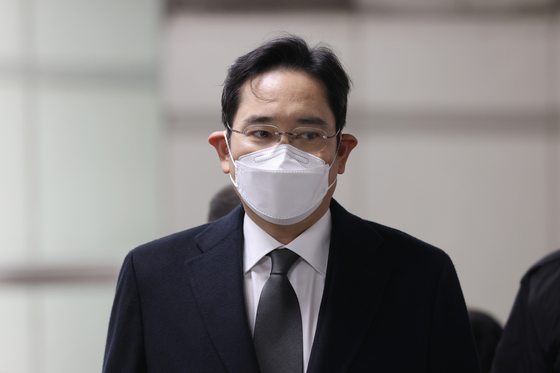 
Samsung's leader Lee Jae-yong was sent to prison on Monday after an appeals court convicted him of giving bribes to former President Park Geun-hye and her friend and sentenced him to two and a half years in prison.

The Seoul High Court on Monday found Lee guilty of giving bribes to Park through her long-time friend Choi Soon-sil for political favors. Immediately after the court's ruling, Lee was detained.

Lee and other Samsung leaders were indicted in February 2017 on charges of bribing Park through Choi in return for the president putting pressure on the state-run National Pension Service to support a controversial merger between Samsung C&T and Cheil Industries in 2015 that cemented Lee's control of Samsung Group.

During the appeals trial, Lee asked for leniency, citing the conglomerate’s establishment of a compliance committee to counter any possible illegal management activities in the future and his vow to prevent a fourth-generation management of the group by his children. A promise to scrap the conglomerate’s anti-union policy was also made.

The court said it was inappropriate to slash his sentence because of the establishment of a corporate compliance committee.