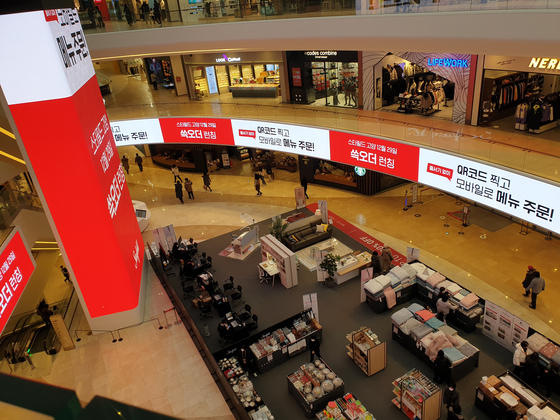 
Small merchants in shopping malls are in near panic as the government plans to revise the retail law to help traditional markets.

A revision of the Distribution Industry Development Act that will force shopping malls to close two Sundays a month is currently pending at the National Assembly. With the aim of helping businesses in traditional markets, the government plans to pass the law during an extraordinary session of the National Assembly scheduled for February.

Currently, only big supermarket chains such as Emart are subject to the mandatory closure. The government plans to add shopping malls to the list.

Merchants at malls argue that the new law will harm small business owners. Because they operate in big malls, it’s easy to regard these operations as big businesses. But unlike department stores, stores in shopping malls are mostly operated by individuals.

Over 60 percent of stores in Starfield and Lotte Malls are small- and mid-sized establishments that rely heavily on weekend sales. In the case of Lotte Mall’s Suji branch in Yongin, Gyeonggi, it is about 70 percent.

“Mandatory closure? If the government wants to help traditional markets so badly, pay their salary with Onnuri gift coupons and let them use it in the traditional markets,” said a 46-year-old man who runs a tteokbokki, or spicy rice cake, restaurant at Lotte World Mall in southern Seoul.

Onnuri coupons are gift coupons that can be used to buy products in traditional markets.

The man is considered a successful business owner who started from the bottom. He first opened a small tteokbokki restaurant in Hongdae, western Seoul, about six years ago. As his restaurant went viral and gained popularity from customers, he opened at Lotte World Mall.

He said he has been barely surviving through the pandemic, and that the government is trying to push him over the edge with the new law.

Business owners in malls pay about 20 percent of their sales to the malls as rent and for maintenance expenses. Despite the high cost, they entered the malls with the hope that they can target many customers who visit the malls.

Lee Kyung-soo, 42, who runs a clothing shop at Starfield Hanam megamall in Gyeonggi, says mandatory closure on weekends is more “devastating” than coronavirus. 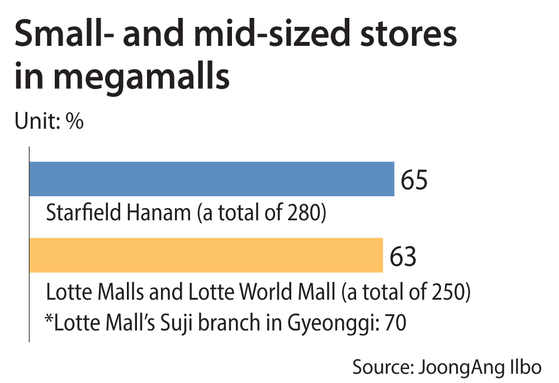 Another 31-year-old man, who has been running a few Chinese restaurants only in department stores and shopping malls, argues the government’s attempt to revise the retail law would not help boost the number of customers in traditional markets.