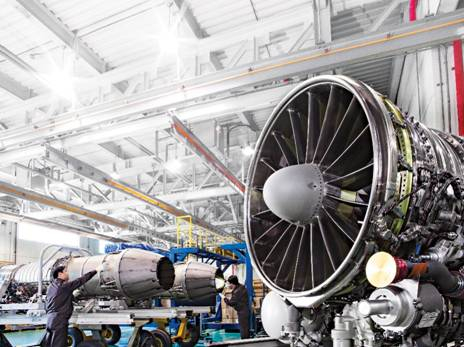 
Hanwha Aerospace became the first supplier to British aerospace engine maker Rolls-Royce to be certified to conduct its own quality control checks.

All Rolls-Royce suppliers are obliged to go through the company’s “Production Part Approval Process” (PPAP) to verify quality, after which they receive a nod to start mass production. Hanwha received a PPAP certificate from its British client, meaning it can conduct its own quality control tests.

The certification applies to both Hanwha Aerospace production sites, in Changwon, South Gyeongsang, and Vietnam.

“Behind that achievement is 40 years of experience in quality control and our skilled workforce. Aerospace engine parts deal with material like nickel and titanium heated above 1,400 degrees Celsius (2,552 degrees Fahrenheit) and require precision that involves measurements smaller than the thickness of a human hair.”

According to a Hanwha spokesman, the Korean company will still need to receive a nod from Rolls-Royce before starting mass production of a part, but the authorization will speed up approvals.

“We are very pleased that Hanwha has achieved PPAP delegated authority for Rolls-Royce products which reflects Hanwha’s consistently high performance as a supplier, underpinned by its robust quality systems and commitment to zero defects,” said Rolls-Royce’s chief procurement officer, Warrick Matthews, in a statement.

Hanwha Aerospace has been working with Rolls-Royce since 1984, starting in the field of aircraft maintenance, and currently supplies key components for the British company’s Trent engine series.