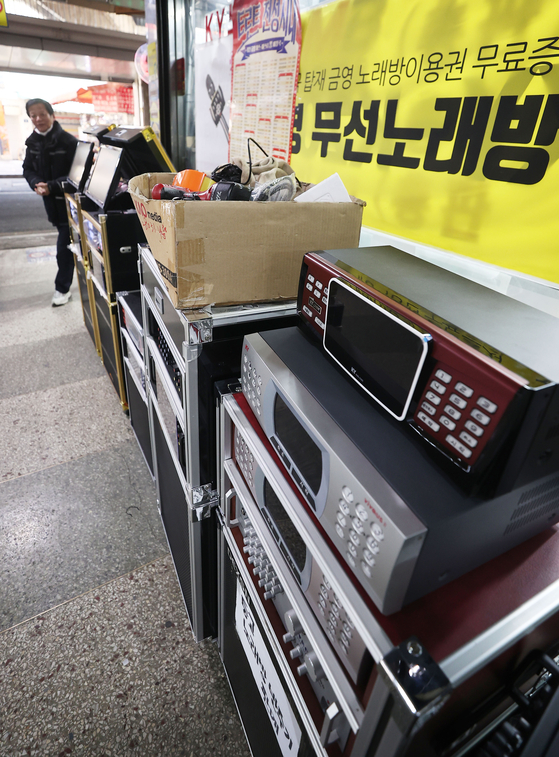 Equipment used in noraebang, or singing rooms, are on display at an electronics thrift store in downtown Seoul on Tuesday. Data from the Ministry of the Interior and Safety showed that the number of noraebang that opened last year was the lowest since 1987. Meanwhile, 2,137 noraebang closed, the highest in 13 years. [YONHAP]

singing room Ministry of the Interior and Safety

No vacuum is allowed in public safety