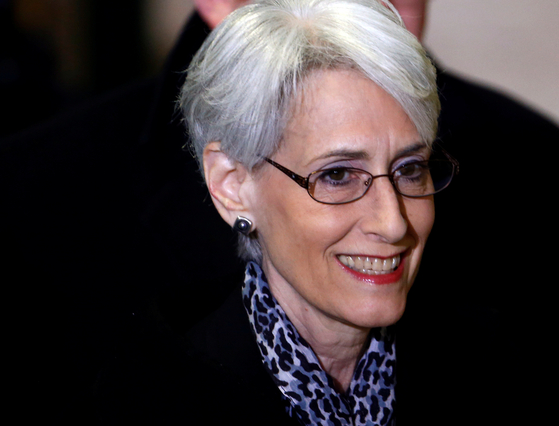 Wendy Sherman, a veteran diplomat and senior counselor at the Albright Stonebridge Group, is seen in this 2014 file photo. Sherman has been named deputy secretary of state by U.S. President-elect Joe Biden. [REUTERS/YONHAP]


U.S. President-elect Joe Biden’s appointment of seasoned Obama-era officials to his foreign policy team — many who have been critical of President Donald Trump’s outreach to Pyongyang — is raising questions over how far the new administration will roll back Trump’s North Korea policy.

On Sunday, Biden tapped Clinton-era North Korea negotiator Wendy Sherman as deputy secretary of state on Sunday and Victoria Nuland as undersecretary of state for political affairs, part of a team led by his Secretary of State nominee Antony Blinken.

Earlier, Biden appointed Kurt Campbell, former assistant secretary of state for East Asian and Pacific Affairs and one of the architects of the Obama administration’s “pivot to Asia” strategy, as his Indo-Pacific coordinator — a new position created by Biden to shore up an alliance network in Asia in response to a rising China.

Sherman served as North Korea policy coordinator during the Clinton administration, and was involved in crafting the 1994 Agreed Framework, in which Pyongyang agreed to freeze and dismantle its nuclear weapons program. In 2000, she accompanied Secretary of State Madeline Albright to Pyongyang to meet with North Korea’s former leader Kim Jong-il.

Although the Clinton-era agreements with the North were undone after tensions flared between the North and the succeeding Bush administration, Sherman has defended her record in the negotiations, stressing Pyongyang made few advances in proliferation at the time.

Her positions toward the regime appear to have hardened since, and she has called for severe sanctions to be strictly implemented on the North to force it to relinquish its nuclear capacities.

Biden also nominated William Burns, former undersecretary of state for political affairs under Obama, as director of the U.S. Central Intelligence Agency. Burns has said the North Korean regime was unlikely to denuclearize, but was cautiously positive about Trump’s attempts to engage in diplomatic talks with the North.

The return of veteran Obama administration officials signals a distancing from Trump’s personal diplomatic approach to the North, reified in his two unprecedented summits with North Korean leader Kim Jong-un.

Biden notably called Kim a “thug” in his debate with Trump in October, and stressed he would not meet the North Korean leader until the latter "draws down" his nuclear program.

Being experienced in talks with the regime, Biden’s diplomats are unlikely to trust the regime's promises of denuclearization and may focus on a wider regional solution to pressure the North through engagement of China, experts say.

Less U.S. engagement with the regime may raise anxiety in Seoul, however, where President Moon Jae-in, with just over a year left in his term, continues to try to revive diplomacy with Pyongyang.

In a press conference on Monday, Moon said he was still pining for a summit with Kim, and was open to receive the North’s leader in South Korea. The president further hinted South Korea’s joint military exercises with the United States could be scaled down should Pyongyang agree to talks on the matter — a possible response to Kim’s speech earlier this month saying it was up to Seoul to determine whether an inter-Korean relationship could continue.