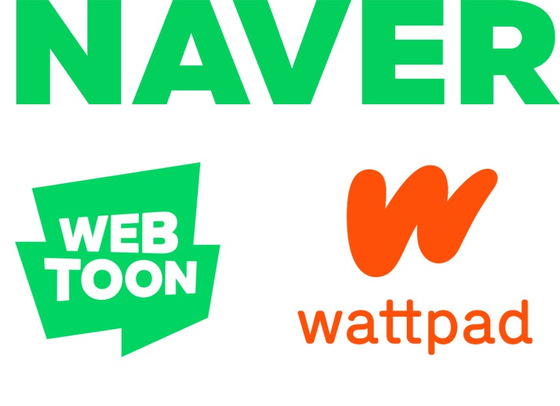 The deal makes Naver a leading platform operator in the realm of webtoons and web novels, where amateur and professional artists could directly publish their work. Naver said the acquisition was to diversify its global content business and expand in the United States in a regulatory filing, Wednesday.

Launched in 2006, Toronto-based Wattpad offers a website and app for amateurs and established writers to share their stories and build a community around them.

The service attracts more than 90 million users which consume 23 billion minutes on the platform per month, Naver said. Among nearly one billion stories, more than 1,500 from the Wattpad platform have been published or adapted into video content. Although the service offers content in multiple languages, English takes up the biggest share.

Naver has operated a similar service since 2004 for cartoons optimized for an online environment — now widely referred to as webtoons. Through the website and mobile app, it now attracts more than 72 million monthly active users, the company says. It also operates a web novel service of its own, but the user base is much smaller than Naver Webtoon.

The plan is to receive necessary administrative approvals in Korea, the United States and Canada by the first half of the year, Naver said.

“Through Naver Webtoon and Wattpad, Naver will be the operator of the world’s largest storytelling platform with the two services’ total users reaching 160 million a month,” the portal company said in a Wednesday statement.

According to Naver, the Korean IT firm plans to apply its webtoon service’s business model to Wattpad as well. In Korea, Naver Webtoon is credited for its role in creating a profit-making business model for online cartoons, which for more than a decade were regarded as free content.

In 2013, the company launched a “page profit share program,” where revenue from online webtoon charges, advertising and intellectual property (IP) sales can be shared with artists.

“Wattpad already has a huge userbase in various regions including the United States and Europe,” Naver said. “Naver Webtoon’s business model on the platform would make it possible for web novels to form an ecosystem of its own and in the long term, for growing into a sub-market of the entertainment industry.”

The portal operator also hinted at the possibility of Wattpad content being developed into webtoons.

“With Wattpad, Naver Webtoon now has a richer arrangement of storytelling IP that caters to a global audience,” said Kim Joon-ku, Naver Webtoon CEO, adding that the merger puts the Korean IT firm “one step closer to becoming a global entertainment firm.”