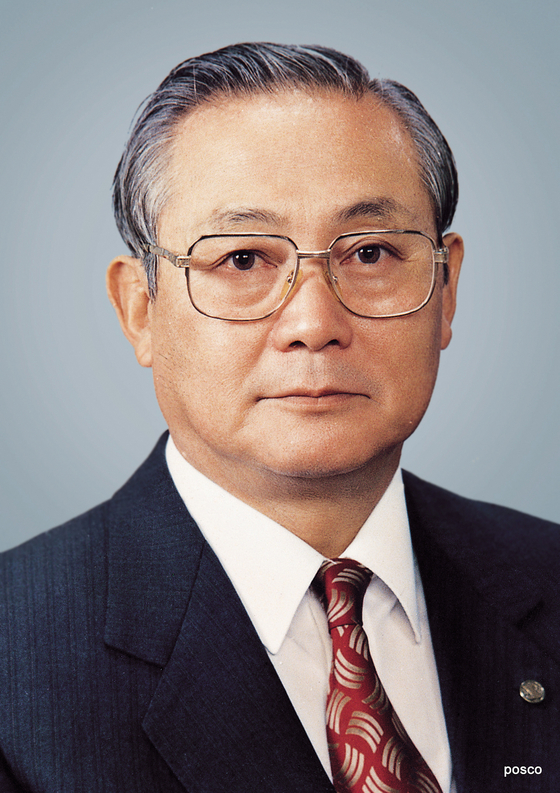 The third chairman in the steel company’s 52-year history, Chung is credited with leading the construction of Posco production facilities in Korea, which were also the first steel factories in the country.

Chung was serving as chief executive of the state-owned Korea Engineering Consultants when he was called in to work for the steelmaker by company founder Park Tae-jun in 1970. At the time, Korea was still emerging from post-war poverty and was starting to develop into an industrialized country.

For the next 20 years, Chung managed the construction of the company’s production sites in Pohang and Gwangyang, South Jeolla — an unprecedented project for a country which had very few skilled engineers at the time.

Reflecting on his career in a 2014 interview, Chung said that Korea’s level of construction technology at that time was not even close to what was required to build a steel factory from scratch.

“Never before had Korea dug ground that deep," he said. "There was nobody that knew what to do when water filled up excavation sites. “As the construction progressed, we had to apply scores of new technology that had never been used in the country before. By the time the Pohang Blast Furnace No.3 was completed, Posco technicians’ skills were world-class.”

After working as the company’s president and vice chairman, Chung was appointed chairman in 1993. That same year, he also took the position of chairman at the Korean Iron & Steel Association.

It was during his term that the company rebranded under the name Posco, instead of Pohang Iron and Steel. Chung thought that the older name was inconvenient.

Between 1976 and 1990, he received three Orders of Industrial Service Merit — an honor given to contributors to Korean industry — in bronze, silver and gold. In 1995, Chung also served as chairman of Pohang University of Science and Technology.

A funeral will be held at the Samsung Medical Center in Gangnam, southern Seoul until Friday. Chung will be buried at Namhan River Family Cemetery in Yeoju, Gyeonggi.