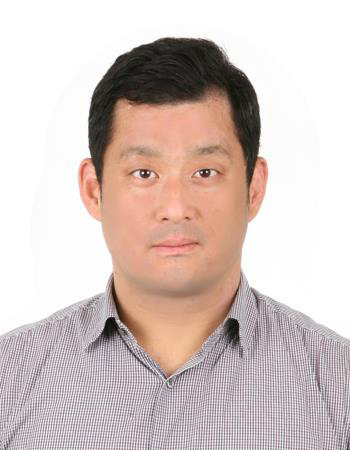 Alex Soohoon Lee
The author is an associate research fellow at the Korea Institute for Defense Analyses.

The defense cost-sharing negotiation between Seoul and Washington has stalled for almost two years but will resume in the Biden administration. The bilateral negotiation, which takes place in the form of the SMA (Special Measures Agreement), aims to determine the amount and the specifics of South Korea’s financial burden-sharing for the United States Forces Korea (USFK) presence. The SMA based on Article 5 of the SOFA (Status of Forces Agreement) has been the financial
backbone of the ROK-U.S. combined operations capability, which is essential for South Korea’s security in the face of the North Korean threat. But the building block
became a stumbling block for the ROK-U.S. alliance during the Trump administration.

Since the first agreement in 1991, 10 SMAs have been signed between the allies over the last three decades. In the 10th SMA, signed on Feb. 10, 2019, the two
sides agreed on the annual amount of 1.04 trillion won ($940 million) for South Korea to contribute. That is about 10 times the amount from the first SMA. The 11th SMA, however, has not reached conclusion, though both sides held several working-level consultations in the last two years.

The delay was anticipated when U.S. President Donald Trump demanded the ROK contribute $5 billion in February 2019. Trump claimed, “South Korea is costing $5
billion a year. And they pay — they were paying about $500 million for $5 billion worth of protection.” Regardless of a five-times hike from the previous agreement, he called it a “fair share.” Obviously, Seoul saw it as exorbitant. Given the average rate of increase in the past 10 SMAs at about 8.5 percent, Trump’s demand made negotiations difficult, disrupting any meaningful progress. Moreover, the threat of withdrawing U.S. troops from Korea has further undermined the seven-decades ROK-U.S. alliance.

The alliance was not established in the blink of an eye. It has been gradually developed over the past seven decades. The alliance was forged in blood when the two allies fought together in the 1950-53 Korean War. During the Cold War, it developed into a value-based alliance against Communism. The alliance based on shared values and interests survived the ideological division during the period. With the demise of the communist bloc, the U.S.-led liberal international norm has maintained the world order and South Korea has been a strong supporter of that norm.

Yet the alliance has begun to falter since the Trump administration imposed such unreasonable financial burdens on its allies by claiming they have not paid their “fair
share” for U.S. protection. Based on the ‘America First’ policy, the Trump administration’s policy on South Korea was mostly focused on financial aspects — how to raise America’s gains from the alliance. The alliance has faltered in this transactional relationship and its legacy, like it or not, will likely be passed down to Joe Biden’s administration.

As President Biden will certainly re-establish the United States’ global leadership, rebuild the U.S.- led alliance network, and restore the United States’ seat “back at the head of the table” in the international stages, his administration’s Korea policy will be different from the previous administration. In particular, the SMA can be the ice breaker to improve the stalled bilateral relationship. In this respect, the Moon Jae-in administration should be ready to recommence the 11th SMA with the following principles.

First of all, the ROK’s cost-sharing support should be limited to the areas of labor, logistics and construction if possible. New costsharing demands from the United
States, such as a request for operational support for USFK, may jeopardize the negotiation. It is important to avoid any possible misunderstandings between the two allies.

Second, the terms should be a 5-year span as agreed to in the most recent working-level talks last April. With the exception of the 10th SMA, a one-year contract, the others ranged from 2 to 5 years. In most cases, the longer the span, the lower probability for dispute. Third, maintaining the cap of a 13 percent increase from the 10th SMA would be ideal. Last April, both sides agreed to the 13 percent increase, but was rejected by Trump. It would be wise to keep the number as it was.

What President Trump failed to see in the ROK-U.S. relations is that there is a better payoff for the two when they are together than split apart. The 11th SMA negotiation failed largely due to Trump’s lack of understanding about the ROK-U.S. alliance. Even though the dynamics of international politics is based on power, it also embraces the spirit of freedom and democracy. The alliance was established on these ideological foundations, and the Biden administration seems to understand
this. On a more optimistic note, the ROK-U.S. alliance will grow if both sides conclude the 11th SMA successfully.