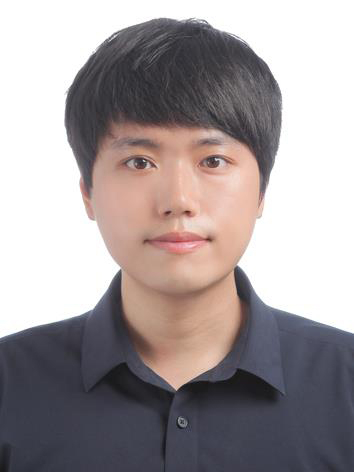 Park Se-hyeon
The author is a research fellow at the Korea Institute for Defense Analyses.

In August, the United States announced additional sanctions that are fatal to Huawei’s semiconductor supply and demand. Although Huawei ranked first in global 5G telecommunication equipment market share last year and received full support from the Chinese government under “Made-In-China 2025,” it remains highly dependent on foreign countries for cutting-edge semiconductors. In the hegemonic competition, the United States is actively utilizing semiconductors, in which they have an absolute advantage. This is why semiconductors, which have constantly appeared in economic news, are now frequenting political news as well due to the U.S.-China conflict.

This is not the first time that semiconductors have appeared in conflicts between countries. In the late 1980s, when the Cold War between the United States and Soviet Union was at its peak, Toshiba’s violation of the Coordination Committee for Export Control (CoCom) rules and the Japanese semiconductors’ encroachment into the U.S. market strained the relationship between the two countries. Eventually, the U.S.-Japan semiconductor agreement and the Plaza Accord were reached, after which Japan entered the so-called ‘lost 20 years’ beginning with the collapse of its semiconductor industry. A recent case is the Korea-Japan trade conflict triggered by historical issues. In 2019, Japan limited exports of semiconductor materials in order to deal a blow to Korea’s semiconductor industry. This was to wield semiconductors as a political and diplomatic leverage, therefore expanding their influence on the Korean semiconductor industry while gaining an upper hand in the Korea-Japan conflict.
There were some cases where countries involved themselves in conflicts among semiconductor companies. Due to intense price competition (chicken game) in the memory chip market, which lasted for about five years since 2007, global semiconductor companies in Germany, Japan and Taiwan have gone bankrupt, merged, or underwent acquisition. In this process, the Japanese government even injected public funds by changing the law, but in vain. Elpida, the only DRAM company in Japan, ended up filing for bankruptcy. The Taiwanese government has also similarly made considerable efforts to bail out its companies.

The reason why these developed countries are so sensitive and protective towards semiconductors is that not only does it directly affect national security, but it also influences the development of weapons systems that determine military power.

The 1991 Gulf War was a catalyst for the combat debut of many high-tech weapons. The state-of-the-art weapons of the United States that were active on the battlefield boasted advanced Japanese technology  in particular its technological achievements in semiconductors. The Patriot missiles, which became the star of the Gulf War by intercepting Al Hussein and Scud ballistic missiles in Iraq, used gallium arsenide semiconductors, a key component that only Japan could supply. The Tomahawk cruise missile, which is used as a flare of war, relies on an internal memory device to fly in search of its targets. The memory device is composed of memory chips mainly made from Japanese products. The United States’ fears and sanctions against Japan regarding semiconductors are comprehensible due to their high reliance.

In addition, the Active Electronically Scanned Array (AESA) radar, which is the core of the state-of-the-art fighter jet F-35s, is equipped with semiconductors for each module. As AESA radars have more closely embedded transmission and reception modules, detection range is expanded. Semiconductor device technology has become important as each module is equipped with semiconductors. The U.S. government did not approve the transfer of AESA radar technology through a trade-off in the purchase of F-35A fighter jets, thereby Korea had to develop its own semiconductor devices. Although there were concerns that the KF-X project with AESA radar would be disrupted, it is expected that it will succeed in developing domestic devices and be loaded into a prototype of the Korean fighter jet in 2023.

As such, semiconductor technology goes beyond economic interests and affects national security capabilities, including military and diplomatic capabilities. Fortunately, Korea has one of the most advanced semiconductor industries. Boston Consulting Group, a global management consulting firm, predicted that South Korea, which incidentally benefited from the U.S.-China conflict, could overtake the United States and have the world’s No. 1 semiconductor market share. It’s good news, but we should not get drunk on hasty optimism. In order to remain grounded amidst the current chaotic world situation, we must take advantage of the strength of our semiconductor technology and become a force to be reckoned with for any country in the global semiconductor market.

The key is to reflect on the importance of semiconductors in terms of national security and to attain differentiated competitiveness through continued attention and investment. Hence why it is ever more crucial that we should pay attention to semiconductors.