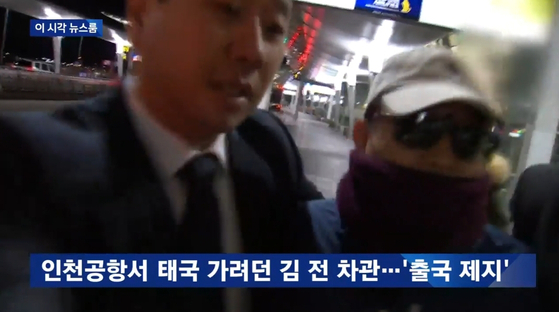 
The freedom of movement guaranteed by our Constitution is not restricted by borders, as the freedom to leave and enter the country is included. That’s why a travel ban needs to be carefully handled despite its lawfulness. The Supreme Court clarified that citizens’ freedom to travel to other countries was a part of the freedom of movement, and therefore, restrictions should be minimized.

Of course, there are two aspects to a travel ban. It signals the beginning of a full-scale investigation by law enforcement agencies. A travel ban is issued when a case can be made after an internal probe. When an investigation of a major case is to begin, reporters first check if law enforcement authorities imposed a travel ban and perform a search and seizure on a suspect. If you can confirm it ahead of rival reporters, the case can be published in the prime spot in the newspaper. Depending on the target of the investigation, the news could be placed on the front page.

But on the night of March 22, 2019, no one won the race. The news about a travel ban on the former vice justice minister for alleged corruption broke in real time and was shared by practically all media. It is hard to find a comparison to the live reporting of the moment when he attempted to fly to Thailand.

An overly selective interpretation of procedural justice or the old and tired conspiracy theory should be put aside.

I want the minister to watch the outcome of the prosecutor’s investigation into this case. That’s what she said when the controversy over her son’s desertion from the military service went out of control last year.