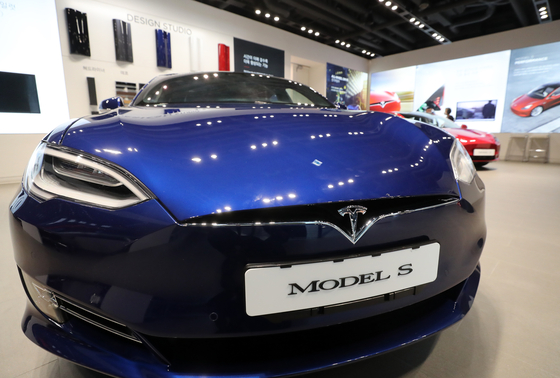 Electric vehicle (EV) models with the sticker price of more than 90 million won ($82,000) are no longer eligible to receive any EV subsidy from both central and municipal governments in Korea. The Model S is priced at between 104 million won and 129 million won in Korea before subsidy.

“To induce price reduction of EVs and foster more lower-end models, there will be a different subsidy rate applied to EV models depending on their prices,” said an official from the Ministry of Trade, Industry and Energy Thursday. "The subsidy size will gradually fall overall." 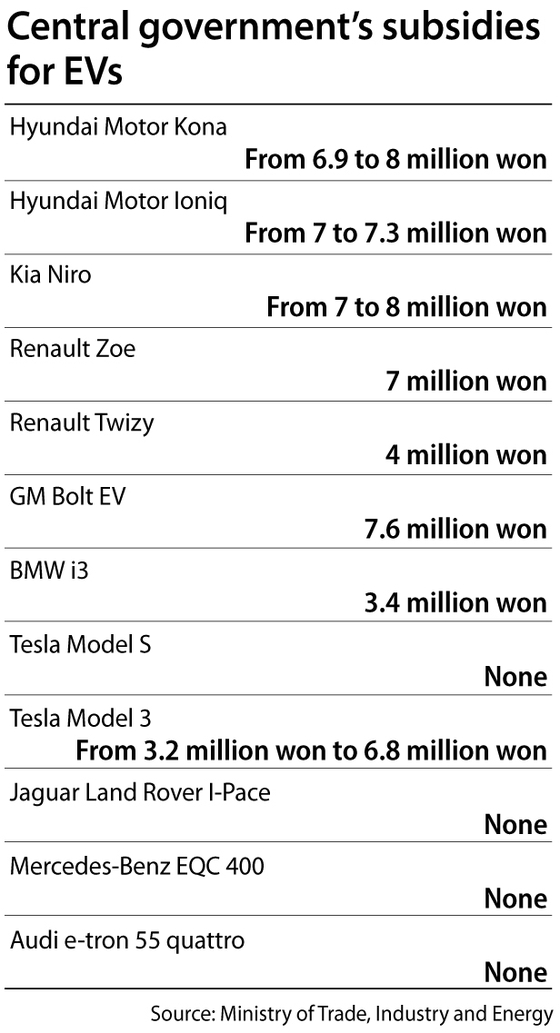 The new plan was formulated by the ministries of trade, finance and environment.

EV subsidies are largely calculated based on efficiency and driving range. The equation will remain the same, but the weight put on efficiency has increased. Its proportion in the equation increased from 50 percent to 60 percent.

Provincial government’s subsidy will depend on the amount given out by the central government.

Under the new plan, Hyundai Motor’s Kona Electric and Kia’s Niro will receive the maximum amount of subsidy from the central government, which is 8 million won. Both are priced below 60 million won.

Tesla will be the most affected carmaker as it was the biggest beneficiary of the previous subsidy plan. It turned out that more than 40 percent of the subsidy budget, or some 90 billion won in the first half of last year, had been given out for Tesla purchases.

The long range version is the most popular Model 3 variant and its priced at 64 million won. Last year, it received 8 million won as subsidy.

Tesla’s Model S received a 7-million-won subsidy from the central government last year, but will be ineligible this year.