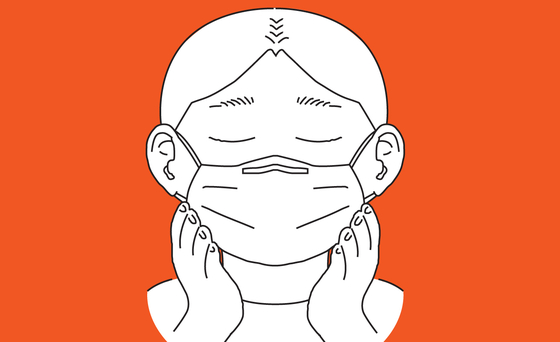 
In a time when sanitizing and masking up is essential, a plethora of new Covid-related products have hit the market.

Insiders say such innovative items are especially diverse in range, large in number and seeing popularity in Korea compared to other countries because the government here has been emphasizing the use of masks since the early phase of the coronavirus pandemic while Koreans continued with their daily tasks with no major lockdowns.

The Korea JoongAng Daily took a closer look at some of these popular Covid-19 items. 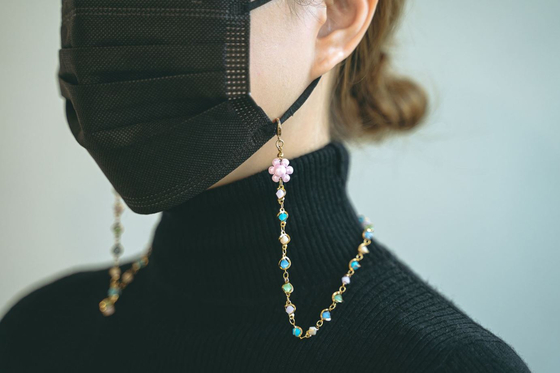 Mask neck straps were one of the earliest items that appeared after the outbreak of the coronavirus pandemic and remain one of the most popular products. Designs are becoming so diverse that the straps have now become a fashion item for many.

Since such straps were already a common item for those who wear glasses or sunglasses, insiders say it was easy for mask neck straps to be introduced into the market with the small modification of adding lobster claw clasps to existing designs.

The straps however, are not merely for fashion. Most users say they purchase the straps for convenience. Because the Korean government made it a regulation to wear a mask in nearly all public spaces, people found themselves forgetting their masks after removing them to eat or drink, an issue which the straps eliminate. 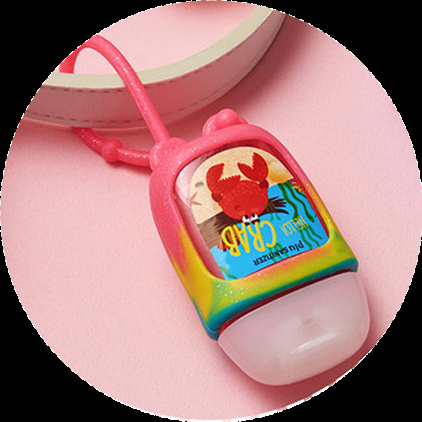 Hand sanitizer existed well before the pandemic but the range has never been this diverse. Because almost everyone now uses hand sanitizer on a daily basis, people began to seek out ones that were good for the skin.


Kim Bo-ra, a 39-year-old mother of two girls in Seoul, said she used to use a regular hand sanitizer that is installed in public places, like buses and elevators, but noticed that her hands, as well as those of her two young daughters, became chapped and irritated.

That's when she began shopping for different kinds of sanitizers, such as those that are gentler for her kids and ones that have scents and moisturize her hands. 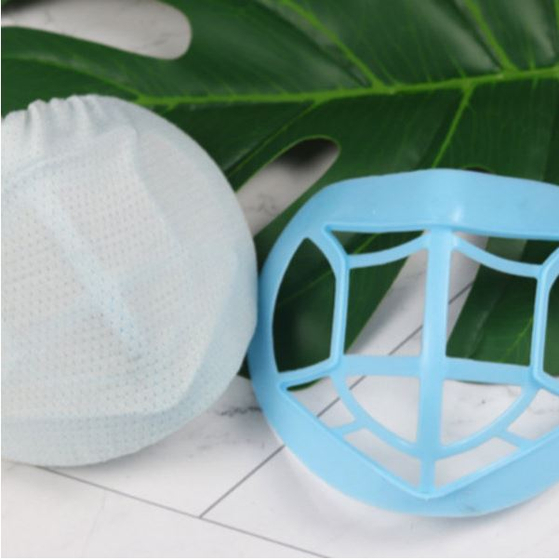 An issue many faced amid the pandemic is the discomfort caused by wearing masks for extended periods of time, including the friction and the build-up of condensation.

Reusable silicon mask brackets, which alleviate some of these issues caused by wearing masks, have become immensely popular, especially among people who constantly have to talk in their jobs as they are said to allow users to be heard more clearly.

Because the brackets hold up the mask fabric around the mouth and nose to create more breathing space, they also reduce condensation and skin irritation and can prevent make-up from smudging. 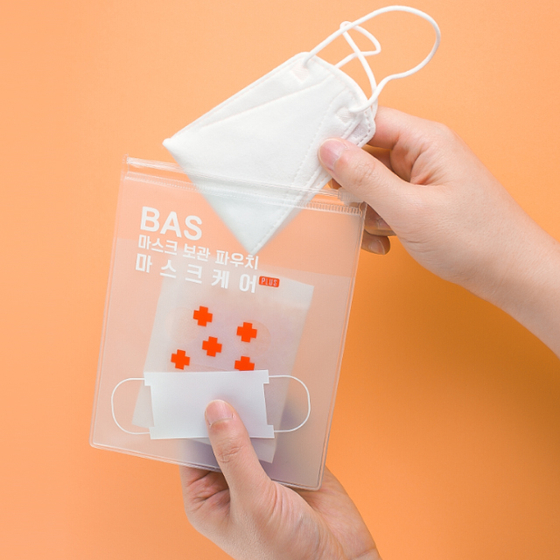 To make sure people store their masks safely when they are not being worn, face mask pouches or cases, have appeared in the market. Some cases are very innovative, allowing the mask to be folded in a way so that the different sides do not overlap.

A portable UV light sanitizer mask case is also available, allowing you to disinfect your mask while it's being stored inside the case. 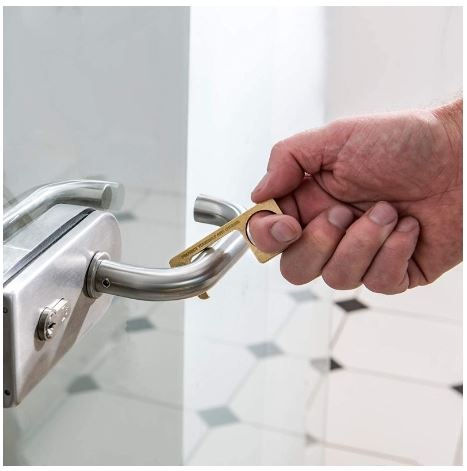 One of the most frequently seen new words in Korea in 2020 was "untact," which refers to something that's contact-free, or contactless. To promote the contact-free era, numerous items that help people stay contact-free were introduced. One of the hottest items are contact-free pointers that can also act as door openers.

Usually made of scratch-resistant steel, these items, often referred to as Covid door openers, allow users to open not just beer bottles, but also doors by using the handle hook. By inserting door handles into the hook, users can avoid touching the door's knob. On the other end, there's a button pusher as well to push elevator buttons or buttons of automatic doors. 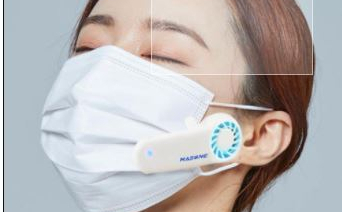 This portable air purifier can simply be clipped on for fresher air inside the mask.

Perhaps not intended by the developers, but such products have become immensely popular among those who wear glasses, especially since the temperatures have dropped. Many scrambled to online stores selling the purifiers, sharing their reviews about how the item magically stops their glasses from fogging up. 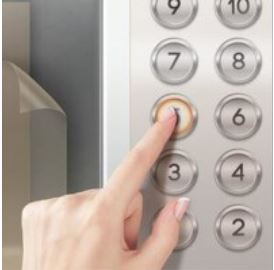 Anyone living in Korea would've seen the transparent film covering surfaces of public areas such as elevator buttons, handles of grocery shopping carts, handrails of stairs and so on.


This film, which is made using ionized copper, is reported to be antimicrobial and effective at deflecting the transmission of some types of bacterial viruses.

After seeing such film being installed in many areas by the government, many Koreans began to purchase the film for personal use and install in their homes in areas such as the kitchen and entrances and replace it every two weeks, a procedure which the government also follows. 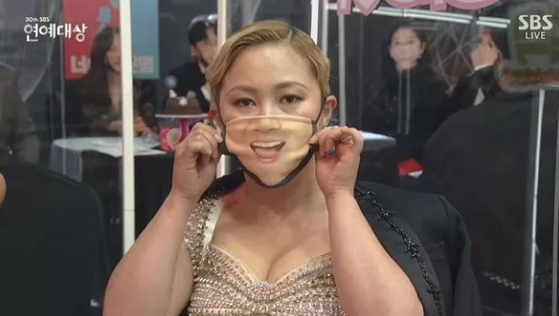 When it became apparent that wearing face masks would become a daily necessity, different types of masks became available in the market.

Recently during awards ceremonies in Korea, celebrities were distributed face masks that had been personalized with a photo that featured the wearer's face, allowing people to recognize each other easily.

While some Koreans expressed that only celebrities can wear such masks, others say they may be helpful for everyday citizens too, as it's become difficult to recognize people which can lead to awkward situations. 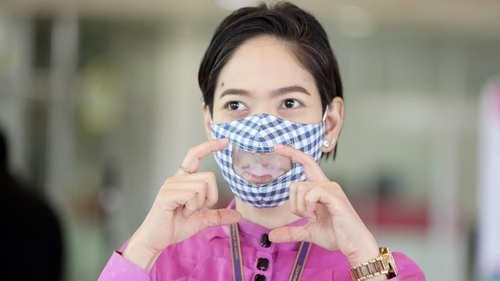 Masks with clear panels are used for those with hearing impairments so that they can read lips.

Park Yu-kyung, 26, says she only wears colorful masks with a transparent panel around the lip area not because she is interacting with someone who is hearing-impaired but because she wants to make sure people around her know that she's smiling.

"I look very sharp and people have told me that I look very angry when I'm not smiling. So I've been smiling a lot to make sure I don't come across as that type of a person. But with a mask on, I've been really stressed that it doesn't show, so I decided to get these transparent masks," said Park, with a smile.