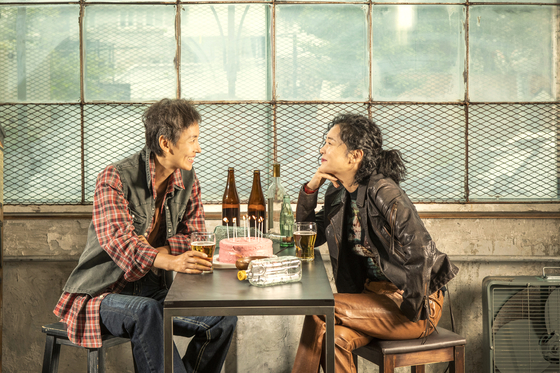 The play "Sweat," which had been canceled last year due to the coronavirus, will be staged at the Myeongdong Theater in central Seoul, in May. [NTCK]


In 2016, when the corruption scandal involving former President Park Geun-hye and her confidante Choi Soon-sil shocked the country, the existence of a so-called "blacklist" against prominent people in the arts sector also came to light, revealing that the administrations of both Park Geun-hye and the Lee Myung-bak abused their power to cut funds that benefitted nearly 9,300 liberal artists.

In the following years, an investigation found that the National Theater Company of Korea (NTCK) was also involved in the actual practice of cutting funds and ruling out liberal artists' works when selecting plays to stage, leading to public disappointment and the reputation of the theater becoming damaged.

With the start of a new year and the inauguration of a new artistic director, the NTCK expressed its ambition to leave the past behind and its aspiration to restore public trust.

"I apologize to all those artists who became victims of the blacklist scandal that the NTCK was involved in," said Kim Kwang-bo, the new artistic director of the company during an online press conference held on Monday.

"The company will publish a book on the case study on the 'blacklist' scandal and deal with the incident to restore the honor of the victims and ensure that society remembers the incident."

Established in 1950, the NTCK has played a major role in developing the country's theater circle.

Committed to make systematic reform and determined to no longer be content with the present, the NTCK promised that the public will be able to feel positive changes. 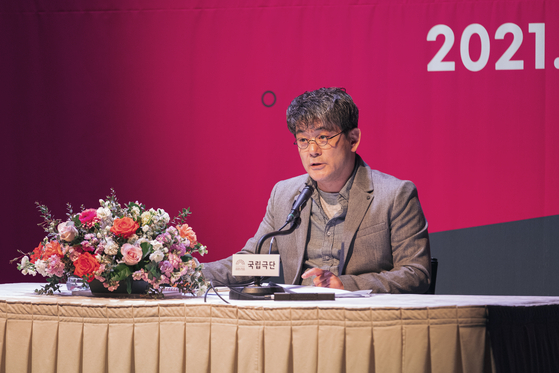 
The NTCK appointed Kim, 56, a renowned stage director as its new artistic director last October, and he began his three-year term in November. Kim has directed a handful of successful plays including his first work "Jongno Cat" in 1994, which immediately made a strong impression on the theatrical scene. Since then, he has produced acclaimed works including "The First Kiss of Mankind" (2001), "Pillars of Society" (2014), "Julius Caesar" (2014), "The Fish Man" (2019) and "Hamik" (2019).

Kim was previously head of the Seoul Metropolitan Theatre from 2015 to 2020.

Though many theater aficionados and advisers to the NTCK hoped that Kim could immediately enrich the theater's repertoire, Kim said during the press conference that he will not stage any of his works during the first year of his appointment.

"When I got appointed, I thought I wouldn't showcase any of my works or work on anything new during my term at the theater," said Kim. "But the advisers strongly said that it does not make sense for an artistic director of a theater, in particular one with a background in stage directing, to not stage any new works during his or her term, so I think I should. But that won't be in the first or second year, I think."

Kim said he wants to give the opportunity to other great stage directors out there, who were perhaps "deprived of such chances."

That is why, according to Kim, the theater has newly launched an advisory committee for the recommendation of works from this year. This group of committee members will recommend works to be included in the company's annual repertoire and after screenings, the final selection will be made by the artistic director.

"Usually, it was the artistic director who made all the decisions," said Kim. "But I did not want to make many restrictions about what goes on stage due to one person's taste and preference."

Kim says that for this year's repertoire he wants to introduce two new works that will be staged at the NTCK for the first time, which "show very well the direction in which the theater is attempting to steer toward in the next few years."

Koo Ja-hye, the playwright and director of "Roadkill in the Theater." [NTCK]


One is "Roadkill in the Theater" written and directed by Koo Ja-hye. According to Kim, it is a work that focuses on the death of nature and animals that are alienated from humans. The play will be produced as a barrier-free theater, which includes participants with and without disabilities to work together to produce the production.

"The story unfolds not from the human perspective but from that of the animals that have become unexpected victims of roadkill," said Kim. "By telling the story of the animals' deaths, Koo attempts to criticize the current society that's heavily human-centered."

It's a two-part play. Part one is entitled "Millennium Approaches" and two is "Perestroika."

"If you stage both parts in one day, the duration will be seven hours and thirty minutes. It's a very attractive piece," said Kim, hinting that part one and two may be staged in one day for some days of the play's run.

A total of 20 works are included in the theater's repertoire this year. Among them are five works that were canceled last year as the theater had to shut down following the government's heightened social distancing measures.

According to Kim, though the works were selected by his predecessor, he believes they are worth presenting to the public. They include "Sweat," "Faust Ending," "Vegetarian," "Manseon: The Yearning of a Fisherman" and "The Orphan of Zhao: Seeds of Revenge." 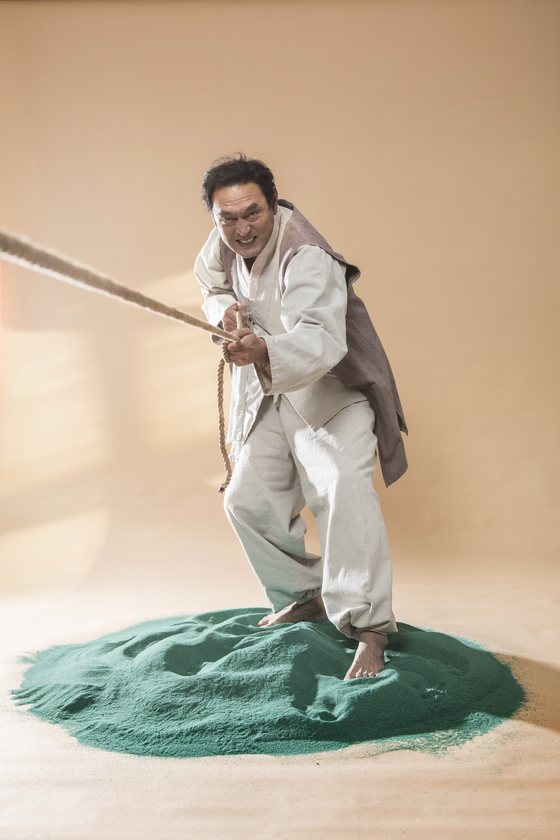 "Manseon: The Yearning of a Fisherman" will be staged at the Myeongdong Theater in September. [NTCK]


Among the works to be staged this year, the NTCK will turn two of them — "The Orphan of Zhao: Seeds of Revenge," and "Roadkill in the Theater" — into film versions for online streaming.

The NTCK did attempt to stream online some of its works last year when the theater doors were shut. However, many criticized the quality, comparing it with the National Theater of Korea’s NT Live — a broadcasting project of the world-class theater.

"We've set a goal to produce online versions of the works at a higher caliber, up to the level of NT Live," said Kim. "I heard the cost of producing one NT Live work is equivalent to the cost for the NTCK to produce one theater production. Unfortunately we don't have that much of a budget but we will continue to invest in a lot more to systemize and secure the technology and environment to create quality online content as well." 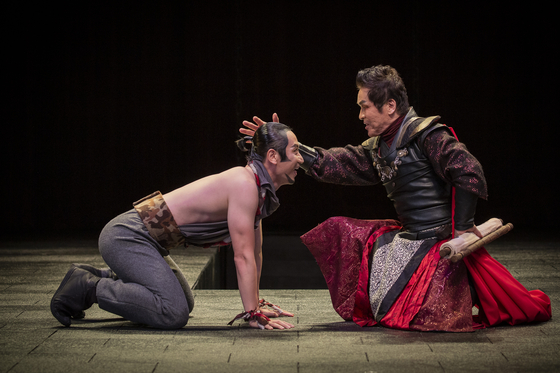 “The Orphan of Zhao: Seeds of Revenge" will kick off at the Myeongdong Theater in April and will also be produced as a film to be streamed online. [NTCK]

From this year, Kim also promised that the NTCK will make efforts to become a sustainable, state-run theater by reducing its carbon footprint.

"I've noticed that theaters can produce so much rubbish each time they stage a work," said Kim.

"Many of the props, costumes and stage sets go straight into the bin after a single use. I've noticed that more and more theaters around the world are becoming aware of environmental problems and trying to take part. As a state-run theater, we hope to reuse and recycle much of the material and systemize it so that other theaters can follow suit."