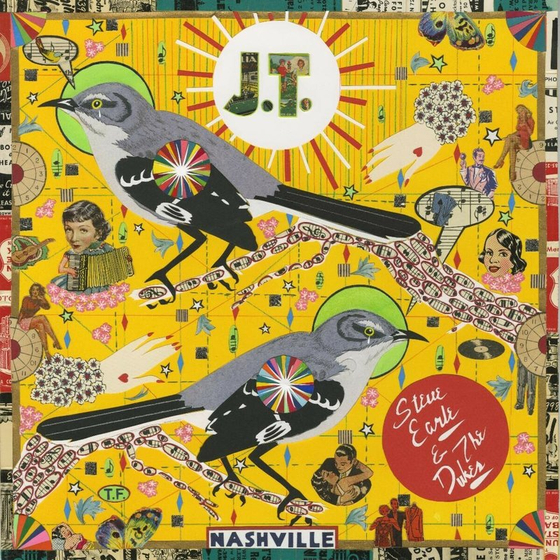 Steve Earle has recorded tribute albums before, to songwriting mentors Townes Van Zandt and Guy Clark. But this one is different.

Maybe that’s because he started recording it just months after his son, Justin Townes Earle, died alone in his Nashville apartment of an accidental overdose at the age of 38. It feels like something he had to do, a father’s way of grieving.

“J.T.” consists of 10 of his son’s songs and one original composition, “Last Words.” Oddly, the one new song feels impersonal even as it recounts their last phone call. The details are intimate but somehow generic, and Steve Earle reveals more about their relationship in liner notes and interviews.

But how can you blame a father for not being vulnerable enough in his grief? The hurt could be too raw to be so far out there, the way Steve Earle has been throughout his career.

Still, the more moving homage comes in the careful curation and performance of the son’s songs. The passion Steve Earle and his band, which once included Justin in their ranks, poured into them is palpable. One can imagine the heartbroken father, working his way through his son’s impressive but suddenly finite catalog, making careful, loving choices.

Some songs, including “Far Away in Another Town” and “Champagne Corolla,” shed new light on what well-crafted compositions they are. Steve Earle’s singing is more gruff and hard-edged than his son’s, but his treatment of his son’s work only highlights how good it is. He fully inhabits every last song.

Ultimately, “J.T.” does what tribute albums are supposed to do. It elevates the work of the artist, reminds us of what great songs he created and somehow begins the painful process of sorting through an unfathomable loss.