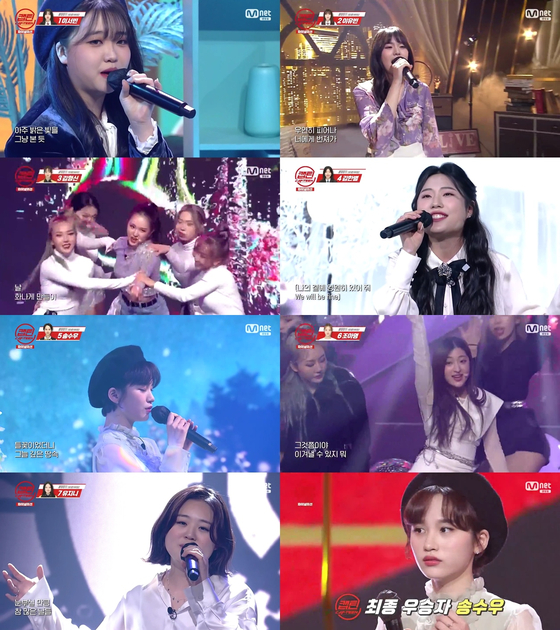 Scenes from the final episode of Mnet's teenage audition program ″Cap-Teen″ that aired on Jan. 21. [MNET]


Teenage vocalist Song Soo-woo is the winner of cable channel Mnet's teenage audition program "Cap-Teen," bagging herself 10 million won ($9,000) in prize money and a chance to debut as a K-pop artist under CJ ENM.

Song nabbed the winning position in the final episode of the show that aired on Thursday night, where the seven finalists showed off their talents for one last time.

Song sang a song by Elevator titled "Lonely flower," an Irish ballad that showed the best of Song's soulful and emotional voice. Although she shook with nervousness, she still won the pre-vote conducted on the website prior to the final show.

"I am so grateful for all the support, even though I have so much to learn," Song said. "I promise to show you more in the future."

"Cap-Teen" began on Nov. 19, 2020, as a K-pop competition show that offers entertainment for both teenagers and parents.