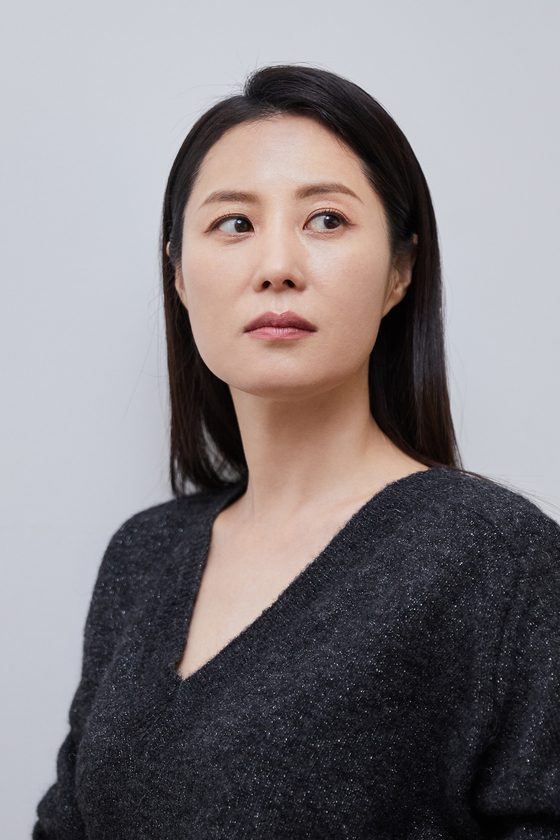 Actor Moon So-ri saw “Three Sisters” countless times before she viewed it on the big screen. She was not only an actor in the film, portraying the second daughter, she was also co-producer, watching bits of the whole over and over during editing.

Still, when she saw the final at the Busan International Film Festival last year, she found herself crying.

“I especially find it hard to see or concentrate on films that I appear in,” she said in an online interview Tuesday. “It was quite embarrassing that I cried, but I think [tears] came due to the fact that I realized that we managed to hold on until the end to whatever we wanted to convey through our film.”

Moon says that the stories of “Three Sisters” are nothing special — there’s no dramatic climax or a secret uncovered at the ending. They might be dismissed as trivial. 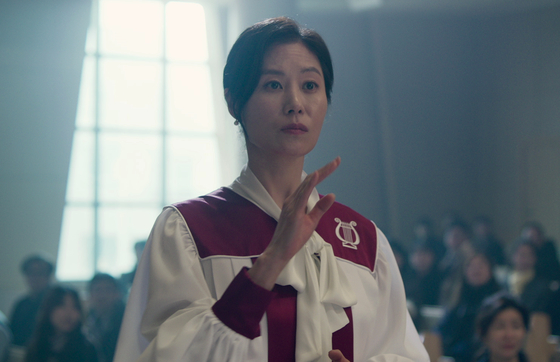 Actor Moon So-ri as Mi-yeon, the most well-to-do out of the three sisters. She is passionate about her religion and takes full responsibility as the head conductor of the church choir. [LITTLE BIG PICTURES]


“But [the film] shows how the things that could be thought of as so insignificant can leave such an impact on the person’s mind and their life,” she said. “And I don’t think it’s that common to come across a film that talks about that.”

Mi-yeon, as the second eldest daughter, is the most well-to-do out of the three sisters. On the outside, her life looks perfect: A devoted Christian, she is well-respected in her community as a passionate conductor of the church choir and as a mother of two lovable children. But her life is only perfect because she made it seem so.

“I learned that there were so many different kind of churches,” Moon said. “And I felt that for people who didn’t get sufficient love from their family, they could find solace and stability within the church, which is what I think Mi-yeon felt." 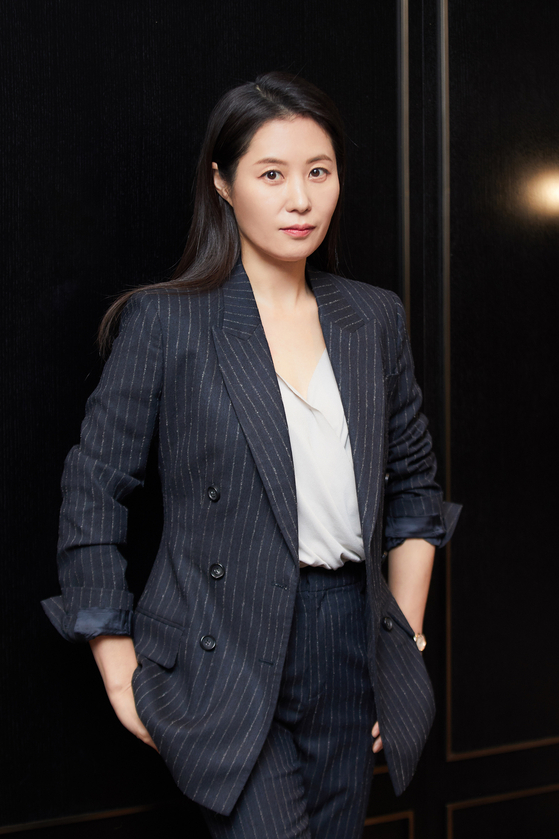 
Moon, originally a Buddhist, attended Sunday mass to get closer to her character and learn about the community within.

The actor sympathized with Mi-yeon for being so earnest of her religion, and whenever she faced hardships, she became more devout.

“[What I realized] was that the atmosphere in which people pray and sing hymns is much more ardent and fierce than shown in the film,” she said. “For Mi-yeon, I believe that she would have grown learning so much more and be accepted in church. So for this person, [religion] can be her sole escape [from reality] and a method of how she lives her life.”

The actor refrained from answering questions about the formation of the character. 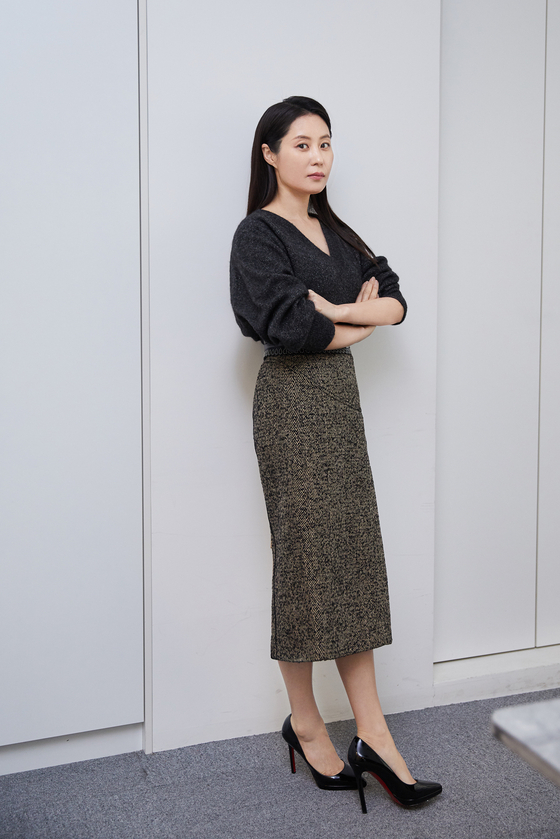 
“I know this because I’ve also directed,” she said. “But the world of ‘Three Sisters’ stems from Lee and was completed there, so I find it difficult to answer questions asking about what specific parts of the character was my idea. I believe that no matter what kind of accessory [ideas] I wore, or how I polished and cleaned up [the character] is very subtle.”

But Moon said that she took an active part in building Mi-yeon’s wardrobe.

“Mi-yeon is lives an affluent lifestyle, but I think she worked her way into it,” Moon said. “So I thought of her to be very frugal, and that side of her won’t go away anytime soon. She wouldn’t have worn designer brands, but she would know how to mix and match cheaper clothes to make herself look presentable. For instance, her navy velvet dress that she wore for her father’s birthday was ordered on the internet, and it wasn’t that expensive.”

When asked what her family means to her, the actor paused for a while and answered that they were like oxygen.

“Like oxygen, they’re always there [with me] and they’re a presence that you don’t live thinking about their meaning,” Moon said. “I don’t think I would have been able to do what I do without my family’s help. They’ve sacrificed so much for me, and my husband and daughter are my refuge. I think the person I am today was created from my family, and I believe that the first step of world peace comes from peace within family. If all families are at peace, the world will be too.”

Moon promotes her film as one where the audience can meet a variety of female characters and one where they could look back on the meaning of family.

“I think it isn’t easy to find a film that shows so many different female characters. As precious as that is to the actor, I think it would be the same for the audience,” Moon said. “[And] I hope the film becomes a stepping stone to which we can think once more about our own families. See the film and think from other family members’ perspectives. Even the things that I thought were small and petty might not be for others. If you couldn’t apologize then, maybe you could make amends now. I hope this film can provide that, a gateway to talk to your family.”

A battle over public opinion (KOR)