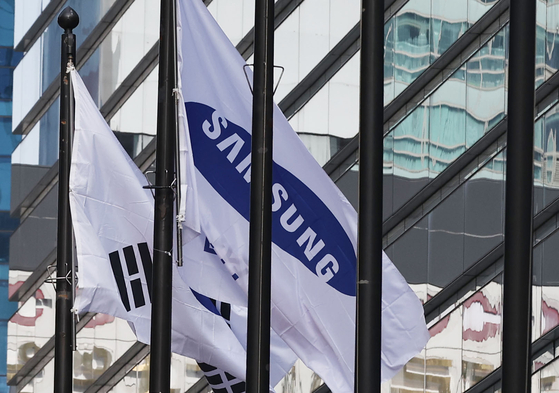 
Over the past few days, foreign news outlets have reported that Samsung Electronics will be investing billions of dollars to expand chip production facilities in the United States. While the Korean tech giant remains silent, chip experts generally view the move as timely considering the market situation, but also risky, considering the costs involved.

On Friday, Bloomberg reported that Samsung is considering spending at least $10 billion to build a state-of-the-art chip factory. The same day, the Wall Street Journal suggested a bigger figure of “as much as $17 billion” to establish chip-making facilities in Arizona, Texas or New York.

According to both articles, Samsung’s aim is to begin operations of its new U.S. chip facility as early as 2022 or 2023.

In the past few days, Samsung has been cautious in responding to these accounts — refusing to confirm details but not denying them either.

“There has been no decision made — neither on the volume or schedule of the investment nor whether this U.S. investment will actually take place,” said a Samsung Electronics spokesman.

According to Texas media reports and government documents, Samsung acquired additional land next to its Austin site in October and requested the city government approve rezoning that would enable industrial use of the site. The Samsung spokesman, however, added “this does not mean immediate plans to expand capacity, as land acquisitions and rezoning requests frequently take place to prepare for future businesses.”

As state-of-the-art technology like 5G, artificial intelligence, cloud computing and autonomous driving are adopted across many industries, even those outside the traditional realm of IT firms, the chip market is down for another “supercycle” of high demand.

As such, Samsung has been ramping up efforts to strengthen its foothold in logic chips — like graphic cards and central processing units — and foundry.

“Samsung Electronics and Taiwan’s TSMC are the two dominating pillars in the world foundry business — and they each have their own share of risks,” said Prof. Lee Jong-ho of electrical and computer engineering at Seoul National University and head of the school’s inter-university Semiconductor Research Center.

”Samsung has risks tied to North Korea while TSMC has China, which is currently embroiled in a trade war with the United States,” Lee added. “Having chip facilities inside the country is a big task for the United States as well, in terms of ensuring a stable supply of Intel, Nvidia, Qualcomm’s AI chips and accelerated processing units.”

Last week, Intel’s new CEO Pat Gelsinger hinted the company would likely “expand use of external foundries” for certain products. While the chief executive made it clear that most of the company’s CPUs will be produced in-house for a while, the comment on outsourcing was notable considering Intel’s decades-long history of manufacturing its own chips.

TSMC and Samsung are the only companies that have technology to produce chips narrower than Intel’s 7-nanometer products.

“Samsung Electronics and Intel could earn long-term benefits from a cooperative relationship,” said Prof. Chun Jung-hoon of semiconductor systems engineering at Sungkyunkwan University (SKKU). “Considering that, Samsung’s investment to build facilities in the United States would be a timely choice.”

The decision would also be in line with the U.S. government’s continuous drive to localize production. New U.S. President Joe Biden has put forward a “Made in All of America” initiative, an extension of the former U.S. administration’s push to keep manufacturers inside the country and incentivize companies that do so.

According to Bloomberg, Samsung’s next U.S. chip factory would be the company’s “most advanced,” with technology capable of producing 3-nanometer chips in the future. Local chip experts say that would cost at least 30 trillion won ($27.2 billion) in investments.

“Three or five nanometers are state-of-the-art technology — it would easily take up more than 30 trillion won in costs,” said an anonymous Samsung source.

“We’re talking about production lines that can make chips of less than 5-nanometer width — 11 trillion won is really not that big an investment,” said Prof. Han Tae-hee of semiconductor systems engineering at SKKU.

On the other hand, Samsung taking its chip production overseas would reduce Korea’s share of the market. While smartphones and home electronics are already produced overseas, the Korean tech giant has produced more than 80 percent of its semiconductors domestically.

When asked if this could be the start of a chip industry “exodus,” Park Jae-gun, professor of electronic engineering at Hanyang University, gave a negative answer.

“Semiconductor firms are sensitive to clients,” he said. “This should be seen as an [additional] investment considering market circumstances.”

Park also pointed out that a billions-of-dollar investment would not be an easy call for Samsung at the moment.

“The company is currently in the middle of filling in a 10-trillion-won foundry production line in its second Pyeongtaek factory,” he said. “It remains to be seen how the company will execute such massive investments at the same time.”

Another obstacle to massive investment decisions would be the absence of Samsung Electronics’ Vice Chair Lee Jae-yong, who was sentenced to two years and a half in prison for bribing former President Park Geun-hye, last week. However, a Samsung source said facility expansions are unlikely to be affected by the leader being out of office.

“No matter how big the investment volume is, increasing production capacity is a matter that can be decided at the senior executives’ end according to the market situation,” the source said.

“The kind of decisions that are driven by the vice chairman, on the other hand, are plans to invest in new fields that Samsung is weak at — like when we announced the 180-trillion-won plan in 2018, 25 trillion won was allocated to AI, 5G, automotive parts and bio pharmaceuticals. That call can’t be made by senior managers if the top leader doesn’t take on responsibility for potential failure.”