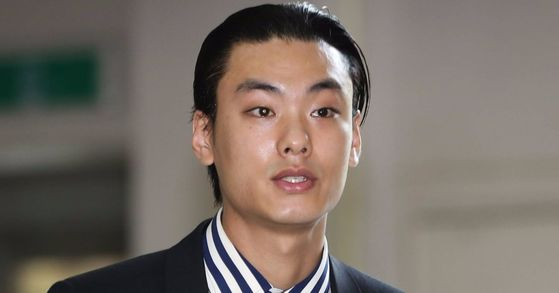 
Rapper Iron, whose real name is Jung Hun-cheol, has died at age 29.

According to police, a security guard found Jung in a garden area located inside an apartment complex in Jung District, central Seoul, on Monday.

His cause of death is unknown.

Jung first found fame as a semifinalist in Series 3 of Mnet’s “Show Me the Money” in 2014.

He most recently made headlines when he was arrested in December last year for allegedly assaulting his roommate with a baseball bat.

In 2018, Jung was sentenced to eight months in prison, suspended for two years and ordered to complete 80 hours of community service by the Seoul Central District Court in an appeals trial for assaulting and threatening his ex-girlfriend. In September, he was fined 5 million won ($4,600) for bribing a reporter to make false reports about his ex-girlfriend.

In 2015, he was found guilty of using marijuana and was sentenced to eight months in prison, also suspended for two years.