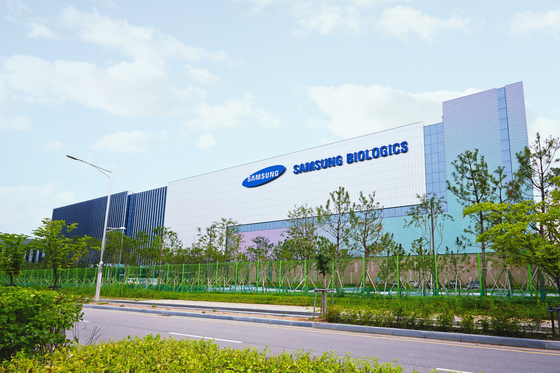 The achievement comes nine years after the firm was formed in 2011.

According to its regulatory filing, Tuesday, Samsung Biologics reported 241 billion won in net profit in 2020, up 18.8 percent on year. It generated 292.8 billion won in operating profit the same year, more than a threefold increase compared to 2019.

Annual revenue for 2020 was 1.16 trillion won, up 66 percent from the previous year. According to Samsung Biologics, the annual average revenue growth rate from 2015 to 2020 was 66.4 percent.

The firm was able to realize an operating margin of 25 percent last year, a big jump from 2019’s 13 percent, as a result of cost-cutting efforts. Sales at all of its three plants in Songdo, Incheon, increased on year despite uncertainties amid the Covid-19 pandemic, the company said. Plant 1 and 2 ran at full capacity, it added.

“Throughout the pandemic, the company demonstrated outstanding business agility in successfully managing its global supply chain and investing in technology enabled capabilities such as its Live Virtual Tour platform to ensure its ability to host client due diligence and regulatory inspections,” Samsung Biologics said in a Tuesday statement.

In last year’s fourth quarter, Samsung Biologics made 96.2 billion won in net profit, down 54.3 percent on year. Operating profit was down 13.4 percent to 92.6 billion won. Quarterly revenue, however, was a record-high 375.3 billion won, up 19.8 percent on year.

For 2021 plans, the company said it will focus on attracting orders for Plant 4 ahead of completion scheduled for 2022 and maintaining operational efficiency for its existing three plants.