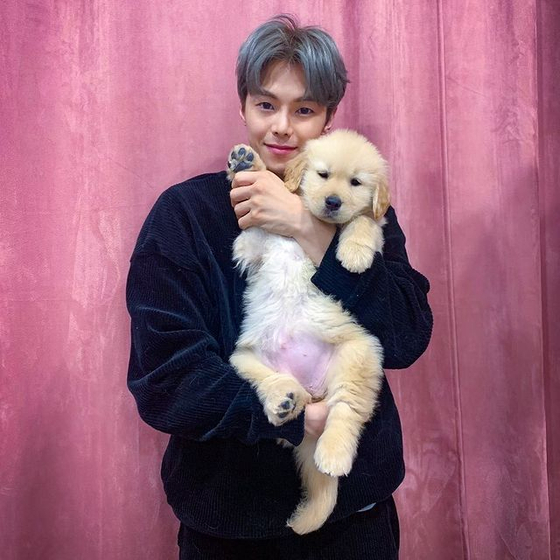 
Actor Park Eun-seok, who recently rose to stardom for his role in SBS's hit drama series "Penthouse," is embroiled in controversy for allegedly "habitually abandoning his pets."

The claim was made by a netizen on Jan. 26, who identified himself as Park's college classmate.

The netizen took it to an online forum after watching Park's episode of "I Live Alone," which aired on Jan. 22, saying "he shouldn't pretend like he loves animals" because as far as he knows, Park "abandoned a beagle and switched to a smaller dog because his girlfriend at the time didn't like [the beagle]."

In "I Live Alone," a show which follows the daily lives of celebrities, Park was featured living a peaceful life in a two-story house with his three-month-old golden retriever named Molly and two Sphynx cats.

The netizen stated how much he hates people who treat animals like objects and raise pets to create and maintain friendly images and asked, "Where is that small dog?" — a question that seemed to be directed at Park.

The post immediately infuriated pet lovers in Korea, who called on Park for an explanation. Other netizens began raising similar accusations, insisting that Park's previous pets such as a toy poodle named Rosie, a larger dog named Daisy, a shar-pei dog named Isabelle, and even a hedgehog, were not shown in the program. Others took their doubts and anger to Park's Instagram, questioning where all his previous pets were.

Park and his agency Hunus Entertainment released a statement Wednesday, denying all allegations.

The agency explained each of the cases regarding his previous pets, arguing that none had been deliberately abandoned. 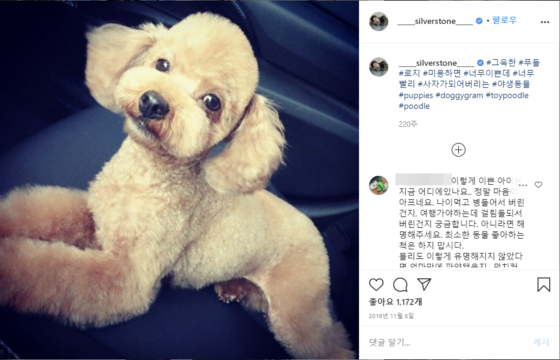 Netizens have been taking their doubts and anger to Park's Instagram, asking where his previous pets are now, including the toy poodle named Molly. [SCREEN CAPTURE]


"The toy poodle was Park's pet dog he raised together with his grandmother when he returned to Korea," said the agency. "After leaving his grandmother's house to live alone, he began raising an old English sheepdog and two cats but when he faced financial difficulties he had to move into a dorm provided by the agency and had no choice but to send the pets away. He was able to find a good owner who lives in a house with a garden for the dog and also for the cats. The pets were taken in by Park's acquaintance and they still keep in touch."

As for the toy poodle that lived with the grandmother, Hunus Entertainment said that the dog now lives with Park's cousin, and is in good hands.

Park also expressed through his social media channels that he's dumbfounded by having to make such clarifications to allegations made by a college classmate he doesn't even know.

[WORD_ON_THE_WEB] 'The abuser must be arrested'